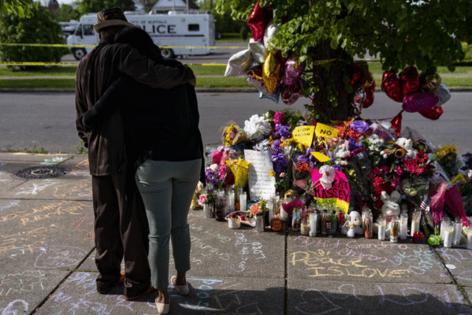 Nineteen states and Washington, D.C., have laws that allow law enforcement — and sometimes family members and school administrators — to petition civil courts to confiscate firearms from people who may be a danger to themselves or others. Judges decide whether to grant petitions, often called extreme risk protection orders, after a hearing. The orders usually last a year.

Most of the laws were passed in the past decade, and experts say that while the measures are saving lives, they sometimes aren’t used to their full potential: Police officers might not invoke them for lack of training or awareness, for example, or the legal system might not have the infrastructure to guide officers and judicial officials through the process.

States also are debating who should have the right to file a petition to make these laws more effective. In most states, that’s left to law enforcement officials, but in others that includes family members, school administrators and health care providers.

Red flag laws remain one of the few gun safety efforts that Democrats and at least some Republicans can get behind, though gun rights groups such as the National Rifle Association vehemently oppose the policy.

U.S. Senate leaders last week announced bipartisan legislation that will, in part, create incentives for states that adopt red flag laws. The congressional measures will provide crisis intervention grants to states that can be used to implement these laws. The grants also will be available to states for mental health and drug courts.

Red flag laws have been lauded by gun safety advocates and law enforcement officials as a lifesaving tool that can prevent mass shootings and suicides. Gun rights activists argue these laws lack proper due process, with judges able to temporarily remove firearms under two-week emergency orders before gun owners can offer a defense.

Numerous studies show the tool is especially effective in preventing suicides. And one recent study by the University of California, Davis shows the state’s law has prevented nearly 60 mass shootings.