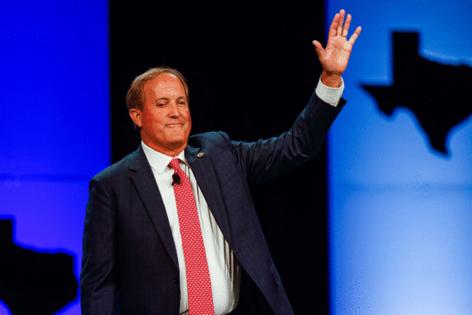 Criminal provisions in the so-called trigger law, designed to go into effect 30 days after the end of Roe, are based on an “antiquated” statute that is inconsistent with due process guarantees in the Texas constitution, a group of reproductive health-care providers said in the suit filed Monday in state court in Houston.

“Mr. Paxton’s and the Texas legislature’s attempts to greenlight the immediate prosecution of abortion providers based on violations of the pre-Roe ban must not stand,” the health-care providers, represented by the American Civil Liberties Union, said in the complaint.

The civil rights group said it would argue at a hearing tomorrow for a temporary restraining order or preliminary injunction to block enforcement of any purported criminal elements of the law while the suit proceeds. The law would bar almost all abortions.

The plaintiffs said they “wish to continue providing these safe and essential services to the extent permissible under current Texas law until the operative provisions in the trigger ban prohibiting abortion are in effect.”

Since the Supreme Court ruled on Friday that there is no right to an abortion at the federal level, the ACLU, Planned Parenthood and other groups have filed a slew of suits seeking to uphold those rights under state constitutions. Actions have also been brought in Idaho, Kentucky, Utah and Ohio.

While the ACLU says the Texas trigger law wasn’t supposed to take effect until 30 days after Roe is overturned, Paxton said in a statement last week that “abortion providers could be criminally liable for providing abortions starting today” based on state “abortion prohibitions predating Roe.”

“With the blessing of five Supreme Court justices, politicians will soon be able to force Texans to suffer the serious risks, pains and costs of pregnancy and childbirth against their will,” Julia Kaye, an ACLU attorney, said in the statement. “But that day is not today, despite Attorney General Paxton’s campaign to stop all abortions immediately by threatening unlawful prosecutions under antiquated laws.”