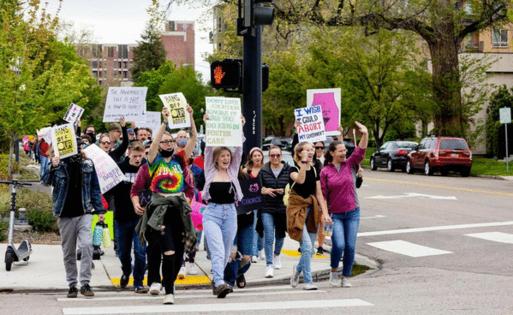 The lawsuit follows a U.S. Supreme Court judgment last week that struck down Roe v. Wade, a landmark decision that provided the right to an abortion nationwide. Idaho’s trigger law — which is expected to take effect in late August — outlaws abortion statewide except in instances when the pregnancy puts the woman’s life at risk. An abortion can also be sought if the pregnancy was a result of incest or rape, as long as it was reported to the police.

The lawsuit attempts to block that trigger law, passed by the Republican-dominated Legislature. It’s scheduled to take effect 30 days after the decision overturning Roe v. Wade is officially on the books.

“Even though we knew this day was coming, it doesn’t change how devastating Friday’s ruling was for our providers, patients, and their loved ones,” Rebecca Gibron, CEO of Planned Parenthood Great Northwest, Hawaii, Alaska, Indiana, Kentucky, said in a news release. “In a single moment, Idahoans’ right to control their own bodies, lives, and personal medical decisions was taken away, but we will not stand for it. We will never back down. We will never stop fighting.”

Gustafson also provides procedural abortions at Planned Parenthood’s Meridian location once a month, according to the lawsuit, as well as medication abortion care.

“Dr. Gustafson is threatened with criminal penalties and professional consequences under the Total Abortion Ban, as are other medical professionals who provide abortions in Idaho,” according to the suit.

“It is abhorrent that we have now entered an era where the delivery of safe essential health care will be criminalized,” Gustafson said in a release. “Physicians take an oath to provide the care patients need to keep them safe, so we cannot stand by while the government intrudes on this deeply personal and complex medical decision.”

Another abortion law in Idaho would allow family members of the fetus to sue abortion providers. That law was temporarily put on hold by the Idaho Supreme Court after Planned Parenthood sued to stop it.