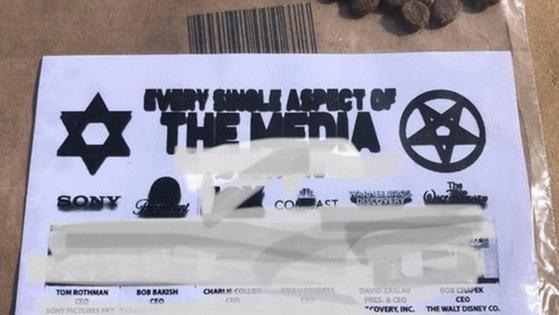 The material is thought to be part of a nationwide harassment campaign against Jewish residents, according to the police department.

“We at the Forest Acres Police Department are very disturbed about these flyers and do not want them anywhere in our city,” reads a statement from the police department posted to Facebook Friday afternoon.

An image shared by the police department shows a flyer that reads, “Every single aspect of the media is Jewish” with logos of various national media companies. The police department blurred portions of the flyer where it showed images of a handful of media executives.

The police department became aware of the flyers June 18. A Forest Acres resident initially notified police of the flyers when she encountered them in people’s driveways while walking through a residential area. The material was left in plastic sandwich bags and seemingly weighed down with pet food.

Police have collected between 20-25 flyers, which are being processed for fingerprints.

The police department has been in contact with the Beth Shalom Synagogue in Forest Acres and is patrolling the area hourly. The Richland County Sheriff’s Department is also monitoring Columbia’s Tree of Life Synagogue and the Chabad of South Carolina.

Rabbi Jonathan Case, who leads the Beth Shalom Synagogue, said he and his congregation are “painfully aware” of the rise of antisemitism both in the U.S. and globally.