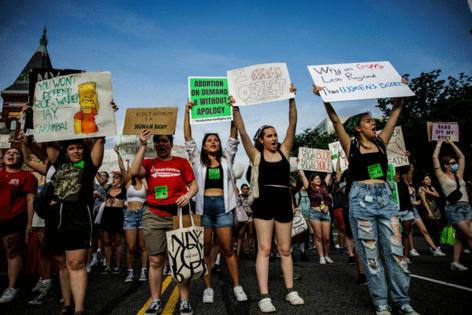 Trigger laws, meant to go into effect in the absence of the legal precedent established under the 1973 decision in Roe v. Wade, took effect in Alabama, Arkansas, Kentucky, Louisiana, Missouri, Oklahoma, South Dakota and Utah.

In less than a month, Texas, Idaho, North Dakota and Tennessee laws will make those states abortion deserts as well.

It’s just the beginning of the the state-led movement to ban abortion or, in some cases, to continue to protect access to the procedure.

“As we proceed in this post-Roe world, the people of Mississippi and of all the states will be able to fully engage in the work of both empowering women and promoting life,” said Fitch. “The Supreme Court very clearly held in Dobbs that the appropriate standard for courts to use for challenges to state abortion laws is rational-basis review.”

Despite the court’s ruling, abortion rights advocates are still hoping to stop the closure of clinics in those states, and before other states plan to take action.

On Monday, the Center for Reproductive Rights — which argued against the Mississippi law before the Supreme Court — filed a petition to block Louisiana’s trigger law. The court blocked implementation of the ban at the state’s three clinics ahead of a hearing set for July 8.