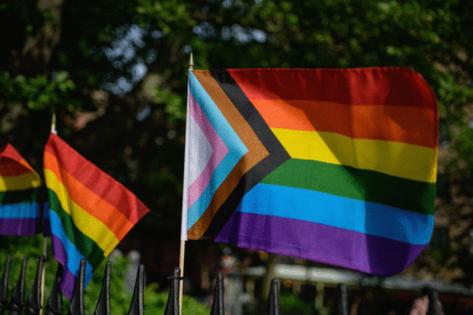 Thousands of Pride revelers swarming the park panicked about 8:50 p.m. when fireworks were let off — a noise many mistook for gunshots.

“People totally freaked out,” said one witness, who asked not to be named. “We heard two loud bangs and everyone just started running at the same time. People were just running every direction.”

“Who would light fireworks at a place they know thousands of queer people are gathered?” she asked. “Obviously everyone thought it was a gun.”

Police said there were no reported injuries, but at least one person had difficulty breathing after the chaos, sources said.

“There were no shots fired in Washington Square Park,” the NYPD quickly said in a tweet. “After an investigation, it was determined that the sound was fireworks set off at the location.”