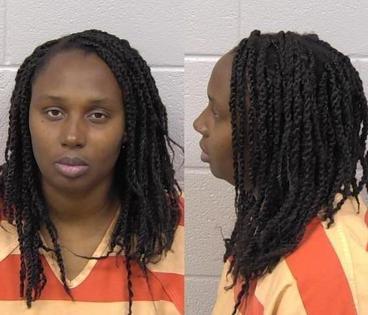 Darlene Brister, 40, is charged with two counts of malice murder following the deaths. It was not immediately clear if Brister started the fire, as officials did not confirm and she has not been charged with arson, but the sheriff’s office indicated that more charges are likely to be filed as the investigation continues. On Sunday afternoon, law enforcement officials confirmed she was the mother of the victims.

The tragedy unfolded at a Rockmart home in the 700 block of Woodwind Drive in west Paulding, according to sheriff’s office spokesman Tyler McSwain.

Deputies received a call at 9:19 p.m. for a “domestic disturbance” at the residence. The caller told 911 dispatchers that a woman was inside the home trying to stab the other occupants and the house was on fire, according to McSwain.

When deputies and firefighters arrived, they entered the burning home to rescue the occupants and found seven children inside.

They were a 3-year-old with apparent multiple stab wounds and a 9-month-old, according to the sheriff’s office. Three others, ages 5, 9 and 11, were transported to local hospitals, McSwain said.

The remaining two children, ages 14 and 16, did not appear to have injuries.

The 5-year-old who was transported to the hospital died from the injuries sustained.