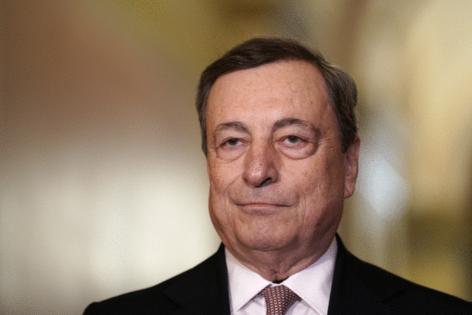 The head of Italy’s industry lobby, Carlo Bonomi, traveled to Kyiv recently to demonstrate the business community’s support for Ukraine in the face of Russian aggression.

Even as he pledged to help rebuild the war-ravaged country, back home in Italy, Prime Minister Mario Draghi’s coalition was buffeted by a dispute over sending military aid for Ukraine.

Draghi’s government survived, but the turmoil in Rome showed how President Vladimir Putin’s invasion is exposing a fissure over attitudes to Russia that runs through Italian business, politics and society at large. With the war now in its fifth month and no end in sight, those tensions threaten to bubble up again and muddy Italy’s response, undermining European efforts to punish Moscow and to aid Kyiv.

“Italy has always been, if not the friendliest country for Russia in western Europe, then the most sympathetic,” said Elena Maslova, senior research fellow at the Institute of Europe of the Russian Academy of Sciences. “Italian entrepreneurs are famous for their flexibility and inventiveness in dealing with Russia,” she added. But now “it could get much more difficult for them.”

A person familiar with Italian government thinking on Russia said that relations will survive. There are contacts on a personal level between Italian and Russian officials, and business doesn’t want to leave the country, the person said, asking not to be named due to the economic and political sensitivity of the matter.

That’s not the message Draghi took to Kyiv this month, when he made a show of his determination to cut business and energy ties with Moscow. Yet polling suggests the Italian public is less than wholehearted in its support.

Italians are the least likely to blame Russia for the war, a survey of some 8,000 people in 10 European nations for the European Council on Foreign Relations found this month. They are the most in favor of finding a quick peace regardless of whether it means territorial losses for Ukraine, and display the greatest opposition to Ukraine’s accession to the European Union.

Italy has suffered as big an economic hit from the war’s fallout as anyone in western Europe, as the government tries to replace the 40% of its gas that was sourced from Russia. Italian bond yields have surged as the global outlook worsens and the European Central Bank prepares to increase rates, raising the cost of servicing its debt more than euro-area peers.

While polls show most Europeans are worried about the economic impact of the war, there’s a sense of ambivalence toward Ukraine in Italy that’s compounded by some inconsistent attitudes among businesses.

As recently as January, when Russia’s military buildup along Ukraine’s border was clear, Italian executives shrugged off an appeal from the government in Rome and held a conference call with Putin on investment prospects. The head of the Russian branch of Bonomi’s Confindustria lobby was one of the few western Europeans at the St. Petersburg forum earlier this month.

One is Morro Rock, the 23-million-year-old plug of an ancient volcano, rising 576 feet out of the sea. The other is a ...Read More