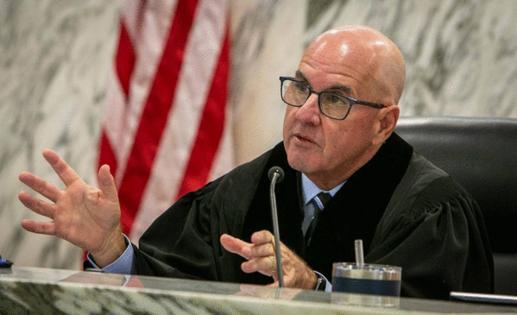 MIAMI — One day before the one-year anniversary of the Surfside condominium collapse that killed 98 people, Miami-Dade Circuit Court Judge Michael Hanzman made his deadline and gave final approval to a $1 billion settlement of the second-largest class-action lawsuit in Florida history, which he praised in court on Thursday as “remarkable not only in terms of its size but for its speed.”

More than two dozen defendants who were sued for negligence after the partial collapse of Champlain Towers South on June 24, 2021, agreed last month to pay $1,021,199,000 to resolve the wrongful death and personal injury claims of family members and survivors. The defendants, including the building’s security company, condo association law firm, consulting engineer on its 40-year recertification and renovation plan, and the developer and builders of the luxury condo next door, will pay portions using their insurance coverage. None admit any culpability in the tragedy.

“The standard for approval of this settlement is not whether this is the best possible deal or comparable to a trial verdict but whether it is fair, reasonable and adequate,” Hanzman said. “I could not be more proud of this agreement and the people who led this case. I’ve been on the bench for 10 years and handled a number of very difficult cases and this was one of a kind.”

Several family members and survivors came forward to thank Hanzman for consistently and occasionally abrasively pushing the pace of the proceedings to conclude the case within a year and avoid a lengthy and painful trial.

“I am physically here but I died along with my Malky,” said Eileen Rosenberg, mother of Malky Weisz, 27, who died in the collapse with her husband and father. “To be honest I wasn’t looking forward to going through the legal process that arose from this tragedy. I feared I’d be mired in it for a decade. Words cannot convey what Your Honor accomplished in record time. Your Honor masterminded a brilliant plan. Your sole priority has been to guide us through this with wisdom in the most painless way possible within the confines of the judicial system.”

The company paying the largest share of the settlement — nearly half of the total at $517.5 million — is Securitas Security Services USA. Its security guards monitored visitors at the front desk and operated the building’s alarm system on an emergency basis. But a manager for the company acknowledged in a deposition to the Champlain victims’ lawyers that Securitas hadn’t trained all its guards on how to use the system to alert residents to evacuate and it was not activated the night of the collapse.

The companies involved in the construction of the Eighty Seven Park condo at 8701 Collins Avenue just south of Champlain South accounted for about $400 million of the settlement, according to court filings. They were accused of causing damage during the driving of sheet piles several years prior to the collapse but denied any responsibility.

Hanzman commended the dozens of lawyers working on both sides of the case, calling them “Hall of Famers.”