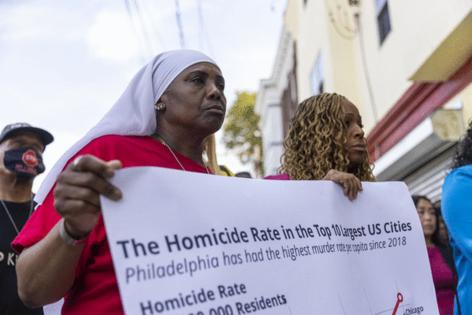 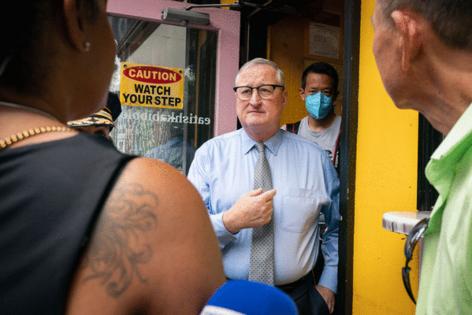 PHILADELPHIA — As gun violence continues its toll on Philadelphia, mothers who have lost children to bullets have come together to demand that city officials do more to stop the shootings and killings.

Calling themselves the Mother’s Movement, the women are founders and members of several existing organizations gathered at City Hall on Thursday morning with a list of demands.

“We have not been united as one voice on this issue. We believe if that happens we’ll be heard in a way that we have not been heard before,” said Dorothy Johnson-Speight, who founded the nonprofit group Mothers in Charge after the 2001 murder of her son in a dispute over a parking space.

In addition to the CHARLES Foundation and Mothers In Charge, the Mother’s Movement is composed of women from Every Murder is Real, Mothers Bonded by Grief, Mothers United by Angels, the Sultan Jihad Ahmad Foundation, the Jarell Christopher Seay Love and Laughter Foundation, and the National Homicide Justice Alliance.

The group called on Mayor Jim Kenney to declare a gun violence emergency in the city, as some City Council members have suggested, but he has resisted. The mayor has said such a declaration would have little effect on curbing the crisis and that the benefits supporters say it might bring — unlocking resources, better governmental coordination and drawing attention to the problem — are already happening in Philadelphia.

“A disaster or emergency declaration would have no discernible impact on strengthening what is already a highly collaborative and innovative approach to addressing this public health crisis,” the mayor’s spokesperson Kevin Lessard said Thursday.

Johnson-Harrell said she believes Kenney’s reticence is rooted in a desire to protect the city’s tourism industry.

She pointed to the mass shooting on South Street earlier this month that killed three and injured 11. That incident in one of the city’s popular tourist spots drew prompt response from law enforcement and visits to the neighborhood by the mayor and Police Commissioner Danielle Outlaw.

“I think the city puts dollars over Black and brown communities every day. Look at the response that South Street got,” Johnson-Harrell said. Violence in other communities, she said, has not drawn the same attention.