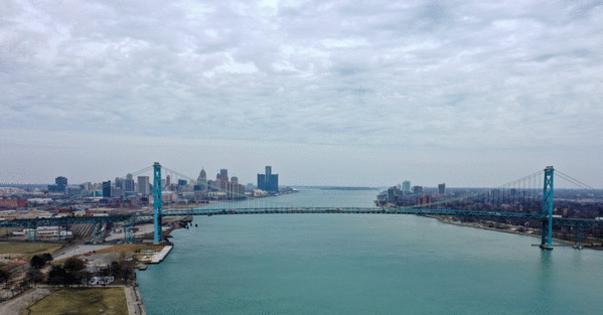 DETROIT — Canada might become the closest place for Metro Detroit residents to get a legal abortion if the Roe v. Wade decision legalizing abortion is overturned and anti-abortion forces win their legal battle to let a 1931 Michigan law banning abortion take effect.

Canadian Social Development and Families Minister Karina Gould told CBC Canada that Americans would be allowed to seek reproductive care, including abortions, across the border. Gould made the offer last month, soon after a leaked draft opinion from the U.S. Supreme Court indicated a conservative majority of justices was poised to overturn Roe.

The offer represented a role reversal for the two countries. After the 1973 Supreme Court decision in Roe, the United States became a destination for Canadian women seeking abortions since the medical practice was still outlawed in Canada.

For now, Michigan residents could still seek abortions in the state if Roe is overruled by the nation's highest court, which is expected to release its decision within the next two weeks. A state judge issued a preliminary injunction barring Michigan's now-dormant 1931 law from going into effect after a lawsuit by Planned Parenthood of Michigan. Gov. Gretchen Whitmer filed a similar lawsuit in Oakland County court.

But if the Republican-led Legislature and anti-abortion groups win their legal challenge to the judge's injunction, abortions would be banned in Michigan under the 1931 law. Ohio and Indiana would have similarly restrictive laws against abortion, making Illinois the next closest abortion haven for many Michigan residents in the United States.

Canada — located across the Detroit River in Metro Detroit and the St. Mary's River near Sault Ste. Marie in the Upper Peninsula — would offer the closest place for legal abortion for Metro Detroiters.

Planned Parenthood of Michigan is confident the preliminary injunction by Michigan Court of Claims Judge Elizabeth Gleicher will hold, spokeswoman Ashlea Phenicie said. The group is expecting a surge of patients in Michigan if Roe is struck down rather than needing to send Michigan residents out of state, she said.

"In the unlikely event that Michigan's 1931 criminal abortion ban is allowed to take effect, Planned Parenthood of Michigan would serve as a connector, helping patients find care in other states like New York and Illinois," Phenicie said. "Some Michiganders may turn to Canada for care, but traveling internationally involves additional barriers. They would need a passport, enhanced driver's license, NEXUS card or another qualifying form of identification."

"The 1931 law was put into place to protect all human rights, not deprive women health care, which abortion is not," Visser said. "We know that there may be some who travel to get abortions but hopefully, the majority of families and women in Michigan feel empowered and supported."