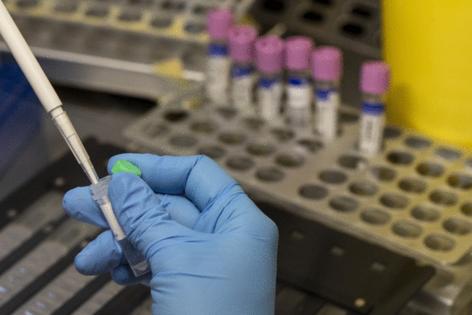 The U.S. plans to start testing for monkeypox at five of the nation’s largest commercial laboratories, broadening its effort beyond government facilities in an effort to address rising case numbers, the Department of Health and Human Services said Wednesday.

Health care providers will be able to use the testing services in early July, and more tests will be available throughout the month, according to HHS. Commercial labs that can receive the tests approved by the Food and Drug Administration are Aegis Science, Labcorp, Mayo Clinic Laboratories, Quest Diagnostics and Sonic Healthcare.

“By dramatically expanding the number of testing locations throughout the country, we are making it possible for anyone who needs to be tested to do so,” HHS Secretary Xavier Becerra said in a statement.

The news comes after experts expressed concern that the U.S. was repeating mistakes made during the early days of the COVID-19 pandemic, when testing was bogged down by supply strains and regulatory hurdles, leading to delays in responding to the crisis. Health professionals have said the U.S. is not testing enough, leaving it unable to accurately assess how quickly monkeypox is spreading.

All tests previously needed to go through the government’s lab network, which experts have said is cumbersome and could lead to delays in identifying new cases or miss wider community spread.

HHS also says it is working with the CDC to increase production of the FDA-cleared tests, and helping enable hospitals to make their own high-quality tests. The CDC previously published its FDA-approved testing protocol for labs interested in developing monkeypox tests. It also authorized the use of additional reagents and automation to increase the testing capacity of laboratories using the CDC test, according to a statement from HHS.

The CDC said health care providers should test anyone with a rash that resembles characteristic monkeypox, and be on the alert for it in people with other types of infections, such as herpes or syphilis.