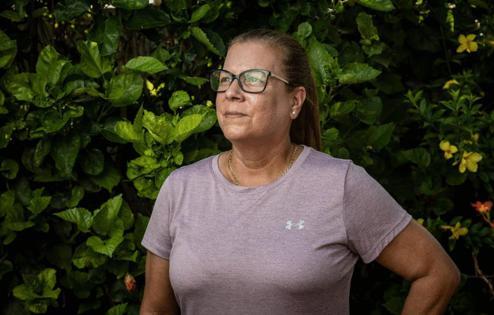 They wake her up at night. They speak to her when she’s riding her bike. They plead with her when she’s cooking dinner. It’s as if the ghosts of her friends and neighbors are trapped in her head, one year after they were trapped in the rubble of Champlain Towers South.

They are moaning. They are screaming. The most distinct voice is of a woman crying, “Please help me. Please don’t leave me here like this.”

“I hear them dying,” Rodriguez said, matching names to unit numbers and describing personalities. “Dying in the wreckage of our homes. And I couldn’t save them. It haunts me.”

Survivors of the Surfside condominium collapse say they are suffering even more today than they did on June 24, 2021, when two-thirds of the 12-story oceanfront building fell, one floor pancaking on top of another at 1:22 a.m. that Thursday, killing 98 people.

Some residents and visitors who were in the section that remained standing escaped by running down the stairs and climbing over smashed cars in the caved-in, flooded parking garage. Others were rescued from balconies by firefighters.

They don’t know why they were spared. In their darkest moments, some confess they wish they hadn’t been.

They try hard to believe they are alive for a reason. They wrack their brains for a reason. But where is the reason in an incomprehensible tragedy?

“ ’Be thankful it wasn’t your time to die’ — we’ve heard that over and over from well-meaning people,” said Alfredo Lopez. He, carrying an elderly neighbor, led his wife and son down six flights of stairs to the beach.