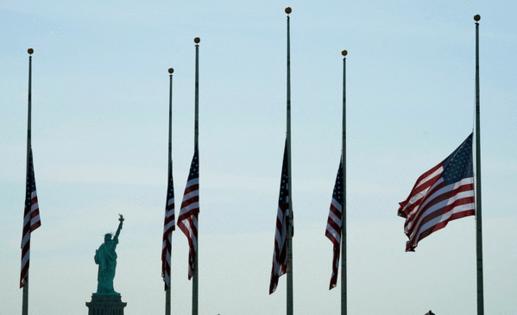 UVALDE, Texas — A gunman who killed 19 children and two teachers at a Texas elementary school in one of the deadliest school massacres in U.S. history barricaded himself inside a fourth-grade classroom, where all the fatalities and injuries occurred, state and federal officials said Wednesday.

“He was able to barricade himself inside the classroom,” Lt. Christopher Olivarez, a Texas Department of Public Safety spokesman, told the Los Angeles Times. “We’re still trying to confirm motive, what triggered him.”

The gunman opened fire in a single classroom, using a long rifle, possibly an AR-style gun, Olivarez said. Investigators are trying to determine where and how he obtained it.

The initial group of officers who responded to the shooting “were breaking windows — they shattered windows to help the teachers and students evacuate the school,” Olivarez said.

A total of 17 people were injured, he said. All of the dead had been identified and their bodies removed from the school Wednesday, although the campus remained a crime scene and students were dismissed for the year.

The massacre in the predominantly working-class Latino city of about 16,000 people, roughly 50 miles from the Mexico border, involved the most fatalities of any U.S. school shooting since 2012, when 20 children and six adults were killed at Sandy Hook Elementary in Newtown, Connecticut.

Two teachers were among the dead, and several children were injured in the massacre. University Hospital in San Antonio said Wednesday that two victims — a 66-year-old woman and a 10-year-old girl who arrived in critical condition — had improved and were now in serious condition. A 9-year-old girl and another 10-year-old girl were in good condition.

The gunman, whom officials identified as Salvador Ramos, an 18-year-old who attended a nearby high school, was fatally shot at the scene.

After shooting and wounding his 66-year-old grandmother at her home in Uvalde, Ramos got into his SUV and then crashed it into a ditch before arriving at the elementary school, according to a law-enforcement source. Clad in black and reportedly wearing body armor, the gunman was captured on a security camera with at least one weapon visible as he approached the school.