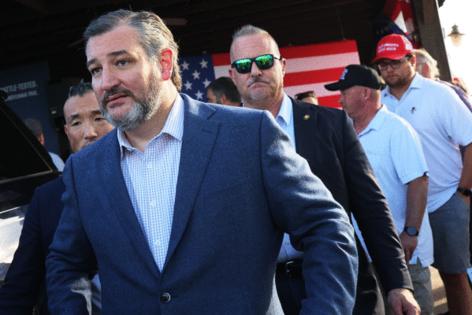 FORT WORTH, Texas — Sen. Ted Cruz of Texas is taking heat to his response to the shooting in Uvalde that left more than 20 dead, including at least 18 elementary school students.

“Heidi & I are fervently lifting up in prayer the children and families in the horrific shooting in Uvalde,” Cruz said in a post on Twitter. “We are in close contact with local officials, but the precise details are still unfolding. Thank you to heroic law enforcement & first responders for acting so swiftly.”

Cruz’s sentiments, however, were quickly rebutted by many accusing him of hypocrisy. Cruz received more than $300,000 in campaign donations from gun lobbyists during his last senatorial campaign in 2018, more than $80,000 more than the second closest candidate.

Cruz released a statement that expanded on his social media message.

“Today is a dark day. We’re all completely sickened and heartbroken,” Cruz said. “As of now, 15 innocent people are dead. 14 were children. Others are still in critical condition or otherwise injured, and we are all praying for each of them.”

“We’ve seen too many of these shootings,” Cruz added. “No parent should have to bear the pain of burying their child. We need to come together, as one nation, and support Uvalde as they try to heal from this devastating loss.”