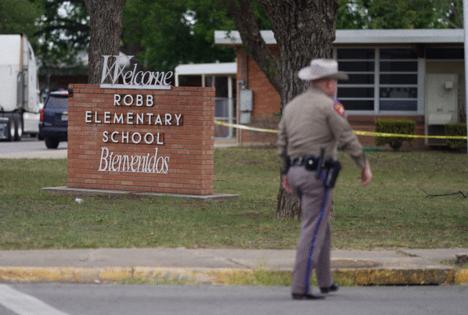 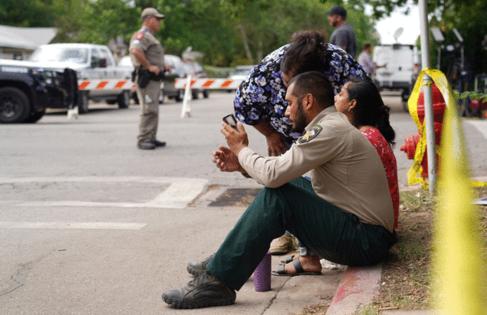 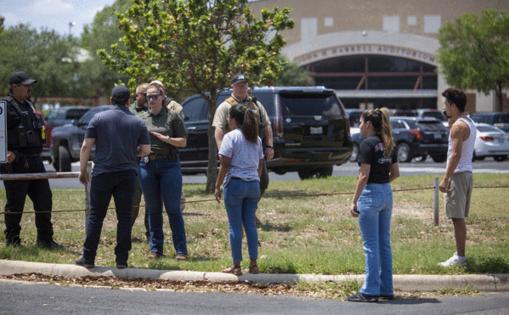 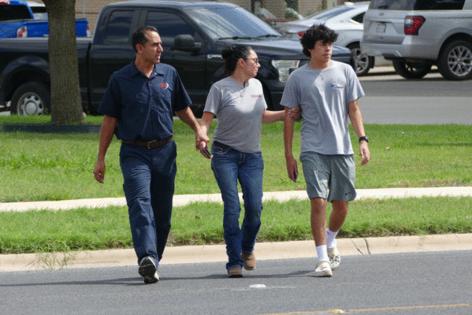 A teenage gunman fatally shot at least 18 children and one teacher at a Texas elementary school Tuesday, the latest carnage in America’s classrooms.

State Sen. Roland Gutierrez, who represents the largely Latino town, said three people were wounded in the attack and are hospitalized in serious condition.

None of the victims have been identified.

The shooting comes as the nation still reels from the May 14 shooting at a Buffalo, New York, supermarket that killed 10 people and wounded three. That gunman was fueled by a racist rage and targeted Black people.

The Texas shooter’s targets were schoolchildren, recalling the horror of a day nearly 10 years ago when a gunman killed 20 kids and six adults at Sandy Hook Elementary School in Newtown, Connecticut.

“We are devastated about reports that multiple people are dead, including children,” tweeted Sandy Hook Promise, an organization founded by parents of victims of the 2012 shooting. “Our hearts are with the families and community as this tragic story unfolds.

Robb Elementary School has an enrollment of just under 600 students, made up of kids in the second, third and fourth grade. The school year was set to end in two days. School officials called off the remaining days after the tragedy.

Abbott said two police officers were also injured in a shootout with Ramos, but their injuries were not serious, according to the governor. Abbott said the shooter may have been carrying two guns; he was also reportedly wearing body armor.

“The crime scene is still being worked on, and again we’ll notify the parents and the families as soon as we have some news for them,” Arredondo said.

The shooting started around 11:30 a.m. local time, Arredondo said, triggering a district-wide lockdown. No injuries occurred at other schools. Multiple reports, which were not confirmed by law enforcement, said Ramos, a Uvalde resident, shot his grandmother and then traveled to the school to unleash horror.

Most of the victims were transported to Uvalde Memorial Hospital. Two were airlifted to University Health in San Antonio because it has a top-level trauma center.

Specific details around the shooting were not available Tuesday night, as local police spoke to the media for only a few minutes, saying the investigation was incomplete. They did not speculate on a motive for the attack.

Around 2:20 p.m. local time, parents were told they could pick their children up at the nearby civic center.

President Joe Biden ordered flags on federal buildings nationwide to be flown at half-staff in response to the tragedy.

“I want to put my heart out to the family members in Texas,” said New York Mayor Eric Adams, who was at NYPD headquarters to announce the arrest of a suspect in this past weekend’s subway shooting in Manhattan. “These shootings are happening far too often, and the response is not meeting the level of threat and danger that we are experiencing, not acceptable. We will never surrender our streets to violence.”

Local media outlets also mentioned the 2017 shooting at a church in Sutherland Springs, Texas, where a 26-year-old dishonorably discharged Air Force veteran with a history of domestic violence fatally shot 26 people. Sutherland Springs is about 100 miles east of Uvalde, on the other side of San Antonio.