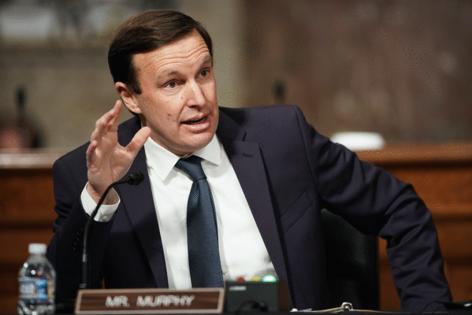 HARTFORD, Conn. — Connecticut’s lawmakers said they were heartbroken Tuesday at the news of a deadly Texas elementary school shooting that is hauntingly familiar to the elementary school massacre that took 26 lives in Newtown 10 years ago.

“We have another Sandy Hook on our hands,” U.S. Sen. Chris Murphy said on the Senate floor Tuesday evening, making an emotional plea to his congressional colleagues — one he’s repeated for years — to pass stricter gun laws.

“What are we doing? Why are we here?” the senator asked his colleagues, over and over, mere hours after an 18-year-old gunman killed at least 19 people in Uvalde, Texas.

“Our kids are living in fear every single time they step foot in the classroom because they think they’re going to be next,” said the senator.

Murphy asked his colleagues to consider why they ran for office if not to address issues like rampant mass shootings with legislation.

“As the slaughter increases, as our kids run for our lives, we do nothing,” he said .

Murphy then told a story of how educators at Sandy Hook Elementary handled classrooms filled with traumatized children. They would create safe words, he said, that students could say anytime they started thinking about what happened in their school on Dec. 14.

The safe words were words that children, as young as 6, would say when they inevitably “started to get nightmares during the day, reliving stepping over their classmates’ bodies as they tried to flee the school.”

In one classroom, he said, the word was “monkey.”