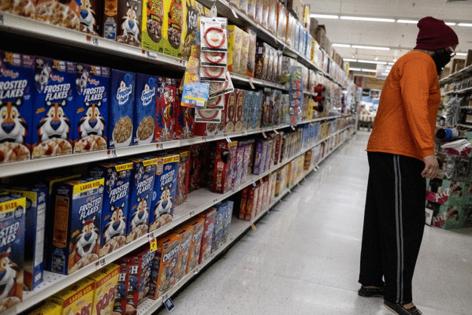 A grocery store cashier who’s guaranteed $15 per hour in California can legally be paid $7.25 in Texas and 19 other states — a gap in state minimum wages that’s set to widen further in the year ahead.

California, the District of Columbia, and much of New York already require wages of $15 per hour or more. Massachusetts, and likely Washington state, will join them in 2023. And California Gov. Gavin Newsom, a Democrat, announced earlier this month that his state’s minimum wage is expected to rise to $15.50 next January, as an inflation-based adjustment.

On the other end of the spectrum, 20 states stretching from Georgia to Idaho don’t require employers to pay more than the federal minimum of $7.25 an hour.

“We are entering a period where people doing the exact same job in different states will have dramatically different standards of living,” said David Cooper, director of the Economic Analysis and Research Network, a project of the left-leaning Economic Policy Institute. “It stresses, in my mind, the need for some sort of intervention at the federal level to equalize this.”

Raising minimum wages nationally or in individual states to catch up to the likes of California could mean job losses or closures for small businesses. And the variation in government-mandated wages overstates actual income differences because labor market conditions have forced employers to increase wages, said Tim Goodrich, vice president of state government relations at the National Federation of Independent Business.

“The market is still driving up wages in those states” that haven’t raised their minimum wage, Goodrich said. “It’s good for workers, but it’s also pinching small businesses.”

Federal policymakers haven’t increased the nationwide minimum wage since 2009, leaving any action on minimum wage adjustments to local and state governments. President Joe Biden’s 2021 proposal for a $15 national minimum wage stalled in the Senate within the first few weeks of his presidency. His narrower executive order setting a $15 minimum for federal contractors faces ongoing legal challenges.

It’s been roughly a decade since the “Fight for $15” movement took off. Ten states plus D.C. have enacted $15 wage laws—although most of those are still phasing in the $15 minimum over several years. Labor officials have doubled down on that figure as the minimum they’re pushing for nationally, amid Republican proposals for a smaller increase of the federal wage floor to $10.