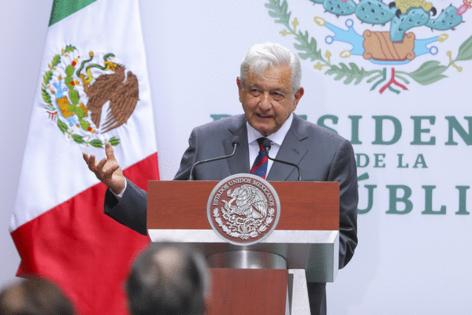 WASHINGTON — A brewing boycott over the invitation list to this year’s Summit of the Americas, a hemispheric gathering held every three to four years and planned for Los Angeles next month, has the Biden administration scrambling to avoid an embarrassment that could erode U.S. influence in the region.

The trouble began when the administration decided initially to exclude anti-democratic leaders from Cuba, Nicaragua and Venezuela, drawing the ire of Mexican President Andrés Manuel López Obrador. The Mexican leader said he would not attend the summit unless all countries in the Western Hemisphere were included. Other Latin American leaders quickly echoed the warning.

The summit comes at a critical time for the administration, which is seeking to counter China’s growing clout in the region, repair relationships damaged during the Trump administration and stem the flow of migrants at the southern U.S. border.

“This should have been seen as an opportunity, a premier spot to roll out an aspirational vision for a Latin America plan,” said Ryan Berg, a Latin America expert at the Center for Strategic and International Studies, a Washington think tank.

Instead, he added, the summit is “in crisis” and many of the hemisphere’s leaders feel they “can threaten to defect without fear of much cost. They won’t feel they’re missing out.”

With the summit scheduled to start June 6, the White House has yet to finalize the guest list. In an effort to shore up support, it dispatched former Sen. Chris Dodd, Biden’s special adviser for the summit, to Mexico to persuade López Obrador to attend.

Before Dodd’s visit, the administration took another step that analysts say was directed at convincing leaders they should show up: It lifted some of its hard-line Trump-era restrictions on Cuba by announcing it would make it easier for families to send money to and visit the communist-ruled island and it eased some sanctions on Venezuelan oil.

“We are confident that there will be robust participation,” Price said.

Another U.S. official, speaking on condition of anonymity to discuss the event, said the White House is “evaluating options on how to best incorporate the voices of the Cuban, Venezuelan and Nicaraguan people into the summit process.”