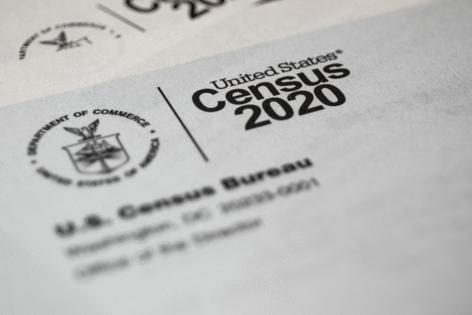 The number of Americans who identified as more than one race nearly doubled to 13.5 million people between 2010 and 2020, and did double or more in 34 states and the District of Columbia, a Stateline analysis of census figures shows.

To some observers, the increase in the number of Americans identifying as more than one race shows that barriers are breaking down. But the increase also may reflect changes to census questions designed to tease out the heritage of multiracial people.

The increases contributed to a first-ever decline in the population identifying solely as non-Hispanic white. The number of people identifying as white who also identified as Hispanic or another race did grow, however.

“It’s not unreasonable to imagine that if people keep intermarrying, if they define themselves as white and they are accepted as white, the definition of white in 2052 could be much different than it is in 2022,” said Ellis Monk, an associate sociology professor at Harvard University who has studied the way official racial categories can be misleading.

But Monk emphasized that he and other people with dark skin or other distinctive racial features continue to face discrimination and reduced opportunities, even if they identify as more than one race. Monk is Black, and like most African Americans he has white forebears, but he doesn’t consider himself to be biracial.

“It’s not what your ancestry is, it’s what you look like. That’s how discrimination happens,” said Nancy López, director of the Institute for the Study of “Race” and Social Justice at the University of New Mexico. López said her group puts the word “race” in quotes to emphasize that race is a shifting concept based more on social norms than biology.

Richard Alba, a sociologist at the City University of New York who authored a 2020 book on the limitations of “minority” status in official statistics, said, “Black-white individuals are more likely to face racism than are Asian-whites or Hispanic-whites.”

Official statistics don’t capture the full range of multiracial and ethnic backgrounds, as seen in other data such as birth records that show many people with both Hispanic and non-Hispanic parentage that the census doesn’t capture, Alba argues in a March study published in the Proceedings of the National Academy of Sciences.

“The binary vision of whites versus people of color is a distortion of American social realities,” Alba said. “Despite the decline of the white [alone] fraction of the population, 90% of all racial mixes include white ancestry,” he added, echoing an argument in his study that people who identify as white plus another race are a “bridging group” that make assimilation more likely.

California had the largest numeric increase in people identifying as more than one race, growing 61% from 2010 to slightly over 2 million. People who identified as both white and Asian made up the largest group in both years. Residents identifying as white and American Indian grew by 84% to 384,600.

And the more serious...Read More

When Hurricane Florence struck North Carolina in 2018, 11 people there died from freshwater flooding — all of them in cars.

The storm also caused 2,500 road closures in the state, including parts of Interstates 95 and ...Read More