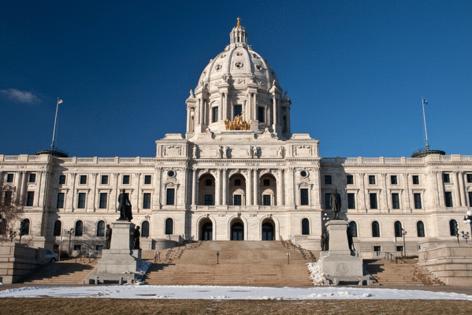 Minnesota's legislative session approached its end marked by uncertainty over the fate of proposals for education, public safety and other spending priorities as state leaders appeared to be running out of time to strike agreements.

The lack of progress revived the specter of yet another special session to wrap up any bills subject to deals between the GOP-led Senate and DFL-controlled House if the two bodies were unable to pass such legislation before Sunday's midnight deadline.

Only the governor can call a special session, a regular occurrence over the past decade as the Legislature frequently missed deadlines to complete its work. DFL Gov. Tim Walz has repeatedly said over the past couple months that he would not call another one, and had not weighed in Sunday afternoon on whether he would change his mind.

Miller rejected the idea after a House DFL spokesman said earlier that House Speaker Melissa Hortman, DFL-Brooklyn Park, planned to ask Walz for a short special session to wrap up bills if they reach deals Sunday.

Miller said Sunday afternoon he was headed to meet with Hortman and try to wrap up the education spending packag, which he said is a top priority for both parties. "I think we're very, very close," he said of an education agreement.

Miller said he still thinks there is a path to finishing various spending bills without a special session. But Senate Minority Leader Melisa López Franzen, DFL-Edina, said that is no longer possible.

"We are trying to unclog the logjam here," she said, accusing Miller of not bringing Senate Democrats to the table to get work done. "We're willing to work. We're willing to get that logjam freed up. But no, there is fault on both sides."

Meanwhile, House Minority Leader Kurt Daudt, R-Crown, blamed Democrats. He said they "are not letting go of the unnecessary spending that they want to do right now."