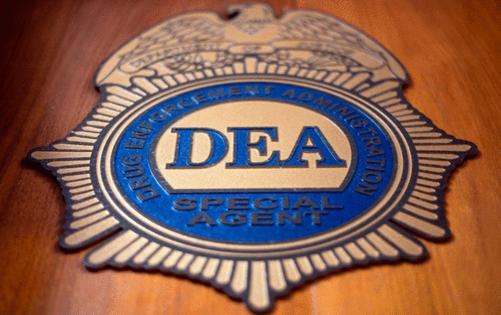 Two years ago, the Drug Enforcement Administration, with the help of two Canyon County law enforcement agencies, searched a home west of Caldwell for drugs. The officers didn’t find any, according to court documents obtained by the Idaho Statesman.

Now, residents of the Greenleaf home are suing the agencies, alleging they used excessive force; unlawfully seized, detained and arrested a man; assaulted and battered the residents; and illegally took cash in the house.

The DEA was allowed to search the home after a Nampa police detective received a Facebook message from one of the residents, 38-year-old Sothea Ren, in April, offering oxycodone for purchase, according to the criminal complaint. Before the search, law enforcement agencies had set up a separate undercover sting for an officer to buy drugs from her, the criminal complaint said.

In May 2020, the DEA, Canyon County Sheriff’s Office and Nampa Police Department then executed the search warrant for the home, where Sothea Ren was arrested. She was charged with six counts of distribution of oxycodone, according to the charging document obtained by the Statesman.

Three other Idaho residents — Paul Leitz, Sakhann Ouch and Vutha Ren — along with two minors were also present during the search, according to the lawsuit filed in U.S. District Court. The 124-page lawsuit was filed by all the residents, excluding Sothea Ren, against the three agencies and 36 law enforcement employees that were present during the incident. The Idaho Press first reported on the complaint.

Several lawsuits have recently been filed against multiple Canyon County law enforcement agencies prior to the May 12 lawsuit — including allegations the sheriff’s office harassed and discriminated against a former employee. Officers from the Caldwell Police Department are currently under FBI investigation.

The lawsuit alleged that the search at Leitz’s Greenleaf home took place at about 5 a.m. on May 14 — an hour before the warrant was authorized. Multiple police narratives included within the lawsuit said the warrant was executed at 6 a.m.

The lawsuit said the DEA did not “knock and announce” prior to executing the search warrant, signed by Idaho U.S. Magistrate Judge Candy Dale. The DEA in its incident report rebutted the allegation.

Leitz alleged within the complaint that throughout the search, law enforcement officials entered his home in a “tumultuous and violent manner” by smashing in the front door and breaking two windows. The lawsuit said the officers were “hostile, aggressive and violent” toward the residents.

The lawsuit alleged that during the search, the DEA and the other agencies caused injuries to the plaintiffs. According to the complaint, DEA agents placed handcuffs on Vutha Ren and made him lie on his stomach, while they placed a knee and foot on Vutha Ren’s back for 45 to 60 minutes.