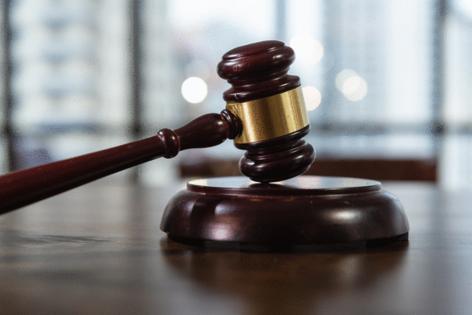 A 7,700-square-foot, four-bedroom, four-bathroom house and three units of an Aventura office building are the list of losses for a Golden Beach man after a massive commercial fraud that involved infant formula, eye-care products and other products regulated by the FDA.

Johnny Grobman, 48, won’t need the home for the next decade and a half. He’ll be serving at least 85% of an 18-year, four-month sentence handed down Friday after his convictions on charges of conspiracy to commit wire fraud; wire fraud; money laundering; conspiring to obtain pre-retail medical products worth $5,000 or more by fraud or deception; theft of pre-retail medical products; and smuggling goods from the United States.

In addition to the time from their lives, they got hit with forfeiture judgments for money and property gained from their criminal activities. Grobman tagged for $87,187,374.83 and while Doekhie and Nabi owe $115,699,273.61.

As part of satisfying that forfeiture, court documents say Grobman has to give up everything in accounts for companies J Trading, Nutrisource, accounts with Bank of America, UBS Financial Services and Merrill Lynch held with “N.G.” “N.G.” is likely Noemi Geller, the name on the state registry for Vera Investment Properties, which owns unit Nos. 710-712 at One Aventura, an office building at 20900 NE 30th Ave.

All that real estate is going in forfeiture, as well as the aforementioned home at 100 Golden Beach Dr. that Miami-Dade County property records say Grobman and Geller bought for $5,282,500 in 2013. The total lot size is 25,663 square feet.

Doekhie and Nabi will be giving up everything in the Regions Bank account for Tropical Marketing and Distribution of Suriname; everything in their joint Bank of America account; and the three-bedroom, two-bathroom unit No. 3207 in Las Olas By the River condos, 520 SE Fifth Ave., in Fort Lauderdale.

The Fort Lauderdale couple is from Suriname and, at trial, prosecutors proved the trio worked a scam from 2013 to 2018 based on the lie that they had government procurement contracts in Suriname. U.S. manufacturers of infant formula and other products sold them to the trio at a reduced rate.