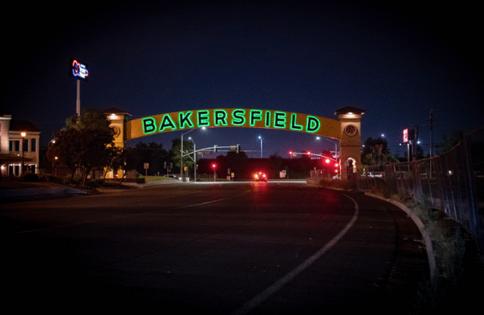 LOS ANGELES — California regulators have confirmed a methane gas leak at a pair of idle oil wells near a residential neighborhood in Bakersfield, raising the concerns of local environmental groups who fear the problem might be more widespread.

It's unclear how long the leaks described as "pinhole-sized" went undetected, but state regulators said they were sealed by Friday evening.

Earlier this month, researcher Clark Williams-Derry from Washington state walked onto the Kern Bluff oil field in northeast Bakersfield and discovered an audible hiss coming from two oil wells. The wells sit approximately 400 feet from a home in a suburban housing development and were previously managed by Sunray Petroleum Inc.

Williams-Derry said the oil wells look like spouts jutting from the ground and are covered by blue barrels, but are exposed to the open air. He said there are many more blue barrels in the oil field like the one he found.

"I was not out looking for things that were leaking when I walked into the oil field," said Williams-Derry, who works with the Institute for Energy Economics and Financial Analysis and was visiting Bakersfield last week. "I wonder what this means for people in the community, because if someone can just wander by there's no telling what this means."

Methane is a colorless, odorless, highly flammable gas. High levels of methane can reduce the amount of oxygen breathed from the air and can result in vision problems, memory loss, nausea, vomiting, facial flushing and headache.

Across much of California, fossil fuel companies are leaving thousands of oil and gas wells unplugged and idle, potentially threatening the health of people living nearby and in many cases handing taxpayers the bill for the environmental cleanup.

From Kern County to Los Angeles, companies haven't set aside anywhere near enough money to ensure these drilling sites are cleaned up and made safe, according to a 2020 data analysis and investigation by the Los Angeles Times and the Center for Public Integrity.

Of particular concern are about 35,000 wells sitting idle, with production suspended, half of them for more than a decade. Though California recently toughened its regulations to ensure more cleanup funds are available, those measures don't go far enough, according to a recent state report and the Times/Public Integrity analysis.

Last Tuesday, an inspector from the San Joaquin Valley Air Pollution Control District confirmed the methane leak in Bakersfield and reported it to the California Geologic Energy Management Division, the state's oil and gas regulator. CalGEM said the leaks were minor and not deemed an emergency by the air district and the Bakersfield Fire Department.

"CalGEM deployed inspectors [Thursday] to evaluate the methane emissions from two long-term idle wells operated by Sunray Petroleum," CalGEM State Oil & Gas Supervisor Uduak-Joe Ntuk said in a statement. "We are coordinating with the operator to ensure the wells are repaired expeditiously. The pinhole-sized leaks have been determined to be minor in nature and do not pose an immediate threat to public health or safety."

"Methane leakage also indicates that the well may be emitting other harmful chemicals," the group said. "Methane is a super-polluting greenhouse gas more than 80 times as potent as carbon dioxide. The methane spewing from these wells is contributing to the climate emergency and undercutting the state's greenhouse gas reduction efforts."

CalGEM spokesperson Jacob Roper said, "We have been coordinating with the operator and local first responders to determine the wells do not pose an immediate threat to public health or safety."

Democratic Assemblyman Rudy Salas Jr., who represents Bakersfield, said in a statement, "I am upset to learn that this dangerous leak is happening in our community. Let's stop the leak and find out who is responsible to fix the problem."

The wells sit off Morningstar Street in northeast Bakersfield and according to state records were last used in the late 1980s and managed by Sunray Petroleum, Inc. The company filed for bankruptcy in 2011 and have more idle wells throughout Kern County. There was no answer at a phone number listed for Sunray Petroleum in Las Vegas.

Earlier this month, CalGEM ordered Sunray Petroleum to plug the wells at the oil field. The court order also required the operator to decommission the production facilities and restore the well sites for 28 idle wells, including the two wells with the methane leaks.

CalGEM says the order was issued because the operator did not pay its idle well fees and have not submitted to a testing compliance plan along with numerous other oilfield-related violations. Sunray Petroleum has appealed the order.

Coordinator Kobi Naseck with Voices in Solidarity Against Oil in Neighborhoods slammed the state agency's response and the harm he feels the surrounding communities face from the methane leak.

"Any designation of this massive, toxic methane leak as minor or unthreatening to public health is a dangerous mischaracterization of what's going on, puts frontline families in Kern County at risk, and reveals that the current CalGEM administration is unable to follow its new mission" as promised by the agency in the last few years, Naseck said in a statement.

Local residents on Friday said they saw engineers and other workers arrive at the oil field and they're expected to remain at the site over the weekend.

"When I told them there is a gas leak in the area, their faces just went white, like they were in shock, because at one home there was four kids running around in the background playing and they had their windows open," Aguirre told the Times.

CalGEM is currently reviewing new statewide policies that would stop new oil wells from being built within 3,500 feet of areas from schools, homes, hospitals, parks and other places where people congregate.

Naseck wants to know why CalGEM doesn't push for setbacks to apply to existing well sites, like the one in Bakersfield.

"This massive methane leak is happening in a community right next to homes in close proximity to a school and a daycare center," Naseck said.