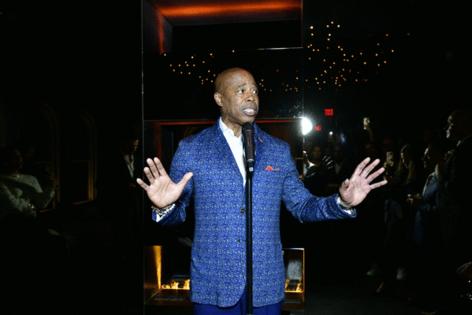 NEW YORK — A technique that Mayor Eric Adams has championed as part of his efforts to curb gun violence on New York City streets may also play a role in his approach to addressing conflict in schools, budget documents show.

Adams has cited “violence interrupters” — trusted community members who fan out into neighborhoods to identify and quash conflict before it turns deadly — as key to his plans to turn the tide on rising gun violence.

Tucked into his April Executive Budget is a proposal to experiment with a similar approach in city schools.

The Education Department is allotting $9 million in federal funding next year to “contract with community-based organizations that specialize in violence interruption techniques (e.g., de-escalation, mediation, conflict resolution) to make students feel safe and supported in their schools,” budget documents show.

It’s still unclear what that will look like, and an Education Department spokeswoman offered no further details, saying “we are making continued investments in student safety programs, including violence interruption, and look forward to sharing more soon.”

“If we don’t do this type of a program… the only thing we have is police and formal policies and protocols, and that’s no way to run a society,” said Jeffrey Butts, a professor at John Jay College who has studied the Cure Violence programs.

One Bronx-based Cure Violence organization, Bronx Rising Against Gun Violence, or BRAG, offers a preview of what violence interruption could look like in schools.

The group has been sending conflict mediators into four Bronx schools — two middle schools and two high schools — for several years to identify kids at high risk of getting drawn into violence, and working with them to find alternative ways to deal with conflict.

Yadira Moncion, the program supervisor, said the schools she works with find the mediators a valuable resource, especially this year as reports of physical fights and weapons in schools have increased.