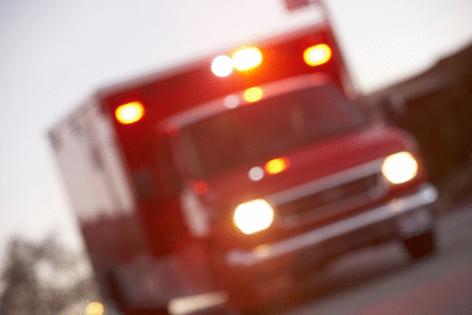 DETROIT — The tornado that touched down in Gaylord on Friday was an EF3 with winds reaching 140 mph, causing two deaths and 44 injuries, according to officials and the National Weather Service.

The twister ranks 16th in injuries and 21st in fatalities in Michigan since 1950, according to the weather service.

Deaths and injuries are a rare occurrence during tornadoes in Michigan, said Jim Keysor, a meteorologist with the National Weather Service in Gaylord.

“The state of Michigan, we don't get that many tornadoes in general compared to other parts of the country,” Keysor said. “And then statistically to get injuries and or deaths normally, these tornadoes have to go through populated areas.

"So the tornado that happened to hit the western parts of Gaylord — a mile further west, for example, it probably doesn't hardly impact anybody. So some of it is sort of statistically just sort of randomness that it happen to hit a populated center. And that just doesn't happen that often.”

The last tornado to cause more injuries than Friday’s tornado in Gaylord was on July 2, 1997, in Highland Park when an F2 tornado injured 90 people, Keysor said.

There have been seven total deaths in Michigan due to a tornado since 1990, Keysor said.

“Among those seven this is only the second time in the last 32 years there have been multiple deaths from one tornado,” he said. “This is pretty rare.”

The state averages about 15 tornadoes annually, according to the National Weather Service.

“The majority of tornadoes don't produce any deaths at all,” Keysor said. “If you look at the historical database we go through many, many years, sometimes decades without seeing a death from a tornado. Two would put it in the top 25 grouping of tornado events in the last 70 plus years in the state as far as deaths. So that's still a bit of impressively rare number given the number of tornadoes that occur.”