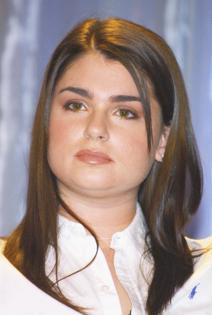 LOS ANGELES — Los Angeles code enforcement authorities are investigating whether a Hollywood building where a fire broke out Thursday night, leaving one person dead and two injured, was approved for use as recording studios.

City Department of Building and Safety records show a complaint for “building or property converted to another use” was filed Friday and is pending scheduling.

Jeff Napier, chief inspector and spokesperson for the department, told the Los Angeles Times the complaint was filed by the Los Angeles Fire Department after Thursday’s blaze.

Fire crews responded to a call at the two-story building in the 6600 block of West Lexington Avenue about 5:40 p.m., according to the LAFD. It took nearly 80 firefighters about an hour to extinguish the blaze.

Two people who escaped the fire were treated at the scene for smoke inhalation but declined to be taken to the hospital, authorities said.

Among those who escaped was 38-year-old Aimee Osbourne, one of rocker Ozzy Osbourne’s daughters.

She and her producer were working in the building when the fire broke out and were “the lucky two that made it out alive,” Sharon Osbourne, her mother, posted on Instagram. The producer was not identified in the post.

“It is utterly heartbreaking that someone lost their life today in this fire & we are sending our prayers to this person & their family,” Osbourne wrote.

Inspectors will look into whether the property owner obtained the proper permits and whether the building was approved for use as recording studios, Napier said.