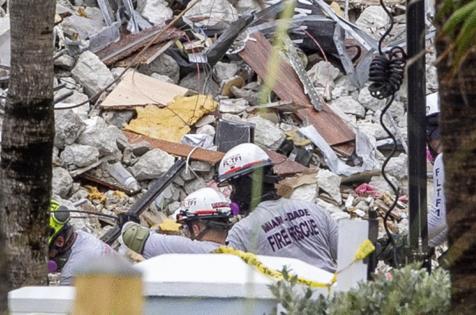 MIAMI — The beachfront property where 98 people died in last year’s Surfside condo collapse will be sold to a billionaire developer from Dubai for $120 million after no other bids were submitted ahead of a Friday evening deadline.

Hussain Sajwani, of DAMAC Properties, was the lone bidder for the 1.8-acre parcel, according to Michael Fay of commercial real estate company Avison Young, who was appointed to market the land as part of a class-action lawsuit.

The property was the site of the former 12-story Champlain Towers South condo building, which collapsed June 24 in one of the deadliest building failures in modern history.

A DAMAC spokesman has previously said that Sajwani plans to build an ultra-luxury condo building. The proceeds of the sale will go toward a settlement for relatives of victims of the collapse and unit owners.

“While nothing can take away the pain or suffering, we are happy that we are moving forward with this successful purchaser to help bring closure for everyone,” Fay told The Miami Herald.