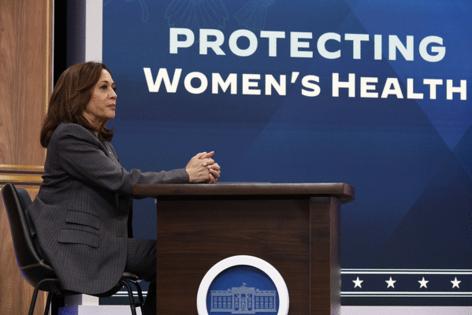 WASHINGTON — Senate Democrats and the Biden administration are scrambling for ways to protect access to abortion as states begin taking action to block the procedures before the Supreme Court releases a decision expected to reverse the 50-year-old legal precedent set by Roe vs. Wade.

On Thursday, Oklahoma lawmakers raced to pass legislation to ban abortion after the point of fertilization, with limited exceptions. The ban would go into effect as soon as it is signed, and would be enforceable through citizen lawsuits similar to a Texas law that went into effect in 2021.

That bill follows two similar laws enacted this year in Oklahoma: a ban on abortion after six weeks with a similar enforcement mechanism, and a law making providing an abortion a felony that would go into effect in August.

Emily Wales, CEO of Planned Parenthood Great Plains, said her organization has already begun talking to patients about how to access abortion services in neighboring states like Kansas, New Mexico and Colorado. She said the impact is compounded by the fact that Oklahoma had been the best point of access in recent months for Texans seeking reproductive care.

“This is a devastating move, and our team is already fielding calls from patients who are very much confused about the state of their rights,” said Wales during a call with reporters Thursday.

Rabia Muqaddam, senior staff attorney for the Center for Reproductive Rights, said a challenge to the Oklahoma law will be added to a lawsuit against the six-week ban.

“The reason we’ve litigated in state courts in Oklahoma is because we’ve long had success there,” Muqaddam said. “And we hope to continue to have success there under the state constitution. It is essential that states where possible step up and determine that under their own constitutions, the right to abortion is protected.”

The center is also the challenger to the Mississippi 15-week ban in the Dobbs case.

Nationally, Democrats are echoing worries about how to protect access as quickly as possible.