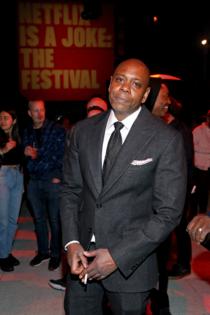 LOS ANGELES — The man accused of attacking comedian Dave Chappelle on stage at the Hollywood Bowl earlier this month was charged Thursday with attempted murder in connection with a stabbing last year.

Isaiah Lee, 23, allegedly stabbed his roommate after a fight in December. In a statement issued Thursday, Los Angeles County District Attorney George Gascón said “the publicity generated by the attack on Mr. Chappelle” led the victim in the stabbing to identify Lee to Los Angeles police detectives.

On May 3, Lee jumped out of the audience onto the stage about halfway through Chappelle’s performance at the Hollywood Bowl. Lee appeared on videos of the incident to lower his head and charge Chappelle, knocking the comedian backwards. Lee fled to the back of the stage where he was apprehended by security and sustained minor injuries. Chappelle was not hurt.

Lee was found to be carrying a 3-inch folding knife that was shaped to resemble a firearm, but did not attempt to use the weapon during the attack, authorities have said. It remains unclear how Lee was able to get into the show carrying a weapon, or how he got past security and on stage.

A motive in the attack remains unknown. Lee, an aspiring rapper, wrote a song about Chappelle, but the lyrics were not threatening, court records show.

The district attorney’s office declined to file felony charges against Lee in the attack on Chappelle because the performer was not injured and Lee did not brandish the weapon, prosecutors said. Los Angeles City Attorney Mike Feuer has filed misdemeanor battery and weapons possession charges against Lee.

While Chappelle has complained that Lee should have been charged with a felony, legal experts and even some of Gascón’s fiercest critics have said Lee’s conduct only rose to the level of a misdemeanor.

“The incident that occurred at the Hollywood Bowl was misdemeanor conduct and rightfully referred to the City Attorney’s office,” Gascón said in a statement. “Based on the nature and severity of the December attack, Mr. Lee is now facing felony charges, which my office will prosecute.”