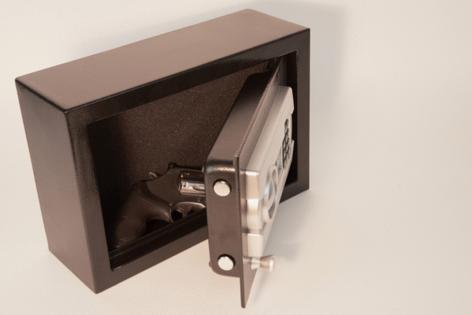 The parents of a 3-year-old girl accidentally shot to death by a sibling in Frederick on Mother’s Day were criminally charged this week in connection with what was the third accidental gunshot death of a child along the Front Range in less than a month.

Brett Eskam, an Adams County sheriff’s sergeant, and his wife Elaine Eskam each have been charged with six counts of unlawful storage of a firearm, a class 2 misdemeanor, the Weld County District Attorney’s Office announced Thursday.

The Adams County Sheriff’s Office confirmed Brett Eskam has been placed on leave.

Officers from the Frederick Police Department responded around 10:45 a.m. May 8 to a shooting inside a home on Second Street. Responders found 3-year-old Avery Elaine Eskam suffering from life-threatening injuries. She was taken to a hospital and later pronounced dead.

Investigators discovered that a young sibling in the home got ahold of a gun and accidentally shot the 3-year-old, said Krista Henery, a spokeswoman for the Weld County District Attorney’s Office. Henery said she did not know the age of the sibling.

The girl’s death marked the third fatal accidental shooting of a young child along the Front Range since April. In each case, the parents were arrested, though prosecutors ultimately declined to file charges in one of the deaths.

Eileen McCarron, the president of legislative action for Colorado Ceasefire, a grassroots gun-violence prevention organization, said proper gun storage can not only save lives, it’s also legally required. After the passage of the Safe Storage Bill last year, Colorado gun owners must keep firearms locked whenever the weapons are not in immediate reach of the owner.

“We’re not talking about a huge amount of money here. It’s less than the cost of the gun,” McCarron said. “The thing is, it’s saving lives that are precious.”

McCarron said ammunition and firearms should be stored separately, with appropriate locks to keep guns away from children and those not allowed to own firearms, such as felons. No one, other than the owner, McCarron said, should know the code to the safe or know where the keys are.