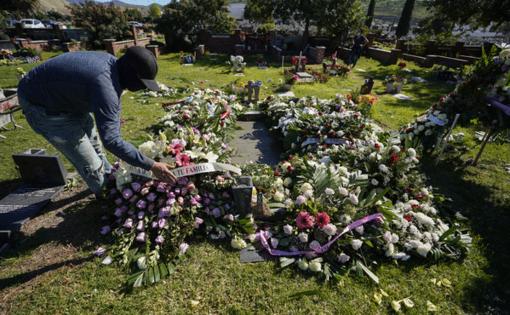 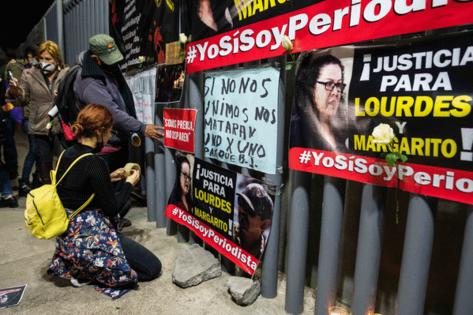 TIJUANA, Mexico — Journalists, academics and law enforcement officials in Mexico are not convinced that the Arellano-Félix cartel was behind the January slayings of two prominent Tijuana journalists, as the government claims.

Mexico’s undersecretary of security, Ricardo Mejía Berdeja, on April 27 said the same criminal cell, composed of remnants of the Arellano-Félix Cartel (CAF), is responsible for the murders of Margarito Martínez Esquivel and Lourdes Maldonado López.

Martínez, a freelance photographer, was shot and killed on Jan. 17 outside his residence in Tijuana, in the northern Mexican border state of Baja California. Days later, Maldonado, a veteran broadcast journalist, was shot dead in her car on Jan. 23 in the Santa Fe neighborhood of the same border city.

“There is a link between the homicide of Lourdes Maldonado and that of Margarito Martínez with the same criminal group. It is a remnant of the Arellano-Félix group, led by a man nicknamed ‘Cabo 16,’ who was also arrested in both incidents,” said Mejía, during an April 28 presentation called “Cero Impunidad” (Zero Impunity) listing the arrests in both cases.

But doubts remain about which powerful organization or person, if any, may have been behind the killings.

“Tijuana’s got a pretty long history of grabbing someone who may have had the gun in their hand, but not touching the person who was actually responsible,” said Michael Lettieri, a San Diego-based researcher and the Senior Fellow in Human Rights at the Center for U.S.-Mexican Studies based at UC San Diego’s School of Global Policy and Strategy.

The #YoSíSoyPeriodista (Yes, I Am a Journalist) collective, which has pressed for accountability and held protests about the deaths, noted that there was no known evidence for the government’s claim that Maldonado was killed because she “denounced drug dealers” operating in the neighborhood where she lived.

Maldonado’s neighborhood is controlled, some law enforcement officials noted, by the Sinaloa cartel, not the CAF.

The collective of journalists alleged the claim of CAF complicity was made to divert suspicion away from Jaime Bonilla Valdez, a prominent local business leader and former Baja California governor who had been involved in a nine-year legal dispute with Maldonado stemming from her being fired by a company he owned.

PHILADELPHIA — NASA's Mars Sample Return Mission aims to bring 30 samples of rock, soil and atmosphere now being collected by the Perseverance rover back to Earth sometime in the early 2030s. The goal is to look for ...Read More

PHILADELPHIA — Since September, the Perseverance rover has been picking along an ancient river delta on Mars, its robotic arms reaching out with whirling steel drill bits to core rocks, scoop soil and suck small amounts ...Read More

LOS ANGELES — Unprecedented dryness across the Western United States is meeting with increasingly warm temperatures to create climate conditions so extreme that the landscape of California could permanently and ...Read More