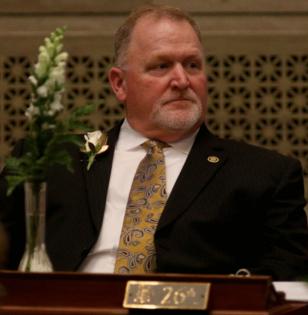 JEFFERSON CITY, Mo. — Missouri lawmakers ended a contentious legislative session Friday having spent much of their five months in the Capitol fighting over the boundaries for the state’s new congressional maps.

Along the way they managed to pass a massive $49 billion budget that includes more money to pay teachers, billions of dollars in brick-and-mortar projects and full funding to cover an expanded population of Medicaid recipients.

And despite Republican infighting, Senate leaders managed to navigate a politically tricky landscape to help secure GOP priorities like changes in election laws, tax rebate checks worth up to $500 and a funding stream for charter schools.

In the final vote of the Senate’s session on Thursday night, Republicans rammed a congressional map through the chamber and adjourned for the summer, leaving the House to do mop-up duty on Friday.

“It wasn’t pretty. But the job is over and we got it done,” said Senate President Dave Schatz, R-Sullivan.

“We knew this one was going to be tough,” said Senate Majority Leader Caleb Rowden, R-Columbia. “It’s no secret that this place was ugly at times, difficult to watch sometimes. There were days when I went home, frankly, embarrassed.”

The 2022 post-pandemic session was mostly defined by a bitter Republican rift over new congressional maps, which are required to be redrawn every 10 years to adjust for changes in population.

Although Republicans control both chambers of the Missouri Legislature, a splinter group of Senate hardliners called the “Conservative Caucus” blocked passage of a map for two months, arguing the state’s right-leaning electorate deserved to have seven of its eight congressional districts be drawn to favor GOP candidates.