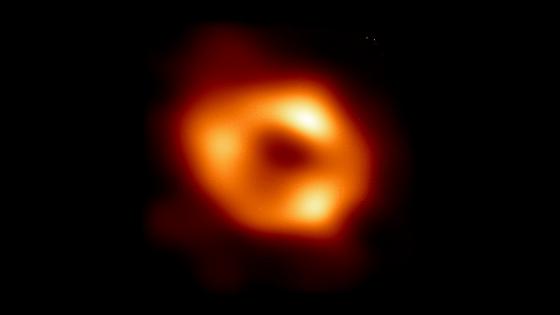 This week, the world got its first-ever look at Sagittarius A*, the supermassive black hole in the center of our galaxy. The image of a hazy golden ring of superheated gas and bending light was captured by the Event Horizon Telescope, a network of eight radio observatories scattered across the globe.

Feryal Özel, a University of Arizona astronomer and founding member of the EHT consortium, said that seeing the black hole’s image was like finally meeting in real life a person you’ve only interacted with online.

For Andrea Ghez, an astrophysicist at UCLA, the encounter was perhaps more like a biographer meeting her subject after decades of pursuit.

In 2020, Ghez was awarded the Nobel Prize in physics for her role in the discovery of a supermassive object at the core of the Milky Way. That object is now known to be Sagittarius A*, or Sgr A* for short.

Ghez studies the center of our galaxy and the orbits of thousands of stars encircling the dense object at its very heart. Though she wasn’t involved with the EHT project, she said its “impressive” achievements — including its 2019 unveiling of the black hole anchoring a distant galaxy known as Messier 87 — offer intriguing new possibilities for the study of the cosmos.

The Los Angeles Times spoke to her about black holes, cosmic surprises and what Einstein has to do with the GPS app on your phone. The interview has been edited for length and clarity.

How does it feel to finally lay eyes on the thing you’ve spent your career studying?

It’s super exciting. We live in a really interesting moment where technology is advancing so rapidly in so many arenas and giving us new insights into these incredibly exotic objects.

Does it look different than you anticipated?

No, actually. It’s remarkably similar. You should see this ring at roughly two and a half times the Schwarzschild radius (the radius of the event horizon, the boundary around a black hole beyond which no light or matter can escape). That’s the prediction of where gravity should bend, and that’s exactly where you see it. That’s impressive.