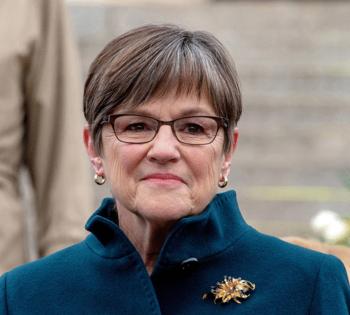 KANSAS CITY, Mo. — A Kansas bill that would ban mask mandates from any government institution on any public health matter is circling the drain following a veto from Democratic Gov. Laura Kelly.

Kelly announced the veto late Friday on the grounds that the legislation would constrain public health authorities from responding to outbreaks of any illness.

“I have consistently opposed vaccine passports and mandating any COVID-19 vaccination. However, this bill goes beyond COVID-19 and implements a one-size-fits-all approach for all infectious diseases. It significantly limits any government entity’s response to any infectious disease outbreak,” Kelly said in a veto message.

The move wasn’t a surprise. Speaking to reporters Wednesday, Kelly said she was against any laws that would tie the hands of public health officials in the future.

The odds that Republican legislative leaders can override Kelly’s veto are low.

The bill is a pared down version of legislation Senate Republicans pursued this year in an attempt to rewrite Kansas public health law to avoid a repeat of mask mandates, business closures and capacity restrictions seen in the early days of COVID-19.

During the summer of 2020, Kelly issued indoor mask requirements statewide. Individual counties, however, could opt out.

The final product, which House and Senate negotiators agreed to in a last minute conference committee, would bar any government official from requiring mask use, ban COVID-19 vaccine requirements and remove the KDHE Secretary’s power to use police to enforce isolation and quarantine orders.

Any override attempt would start in the Kansas Senate because of procedural rules. Even if the attempt passes the Senate, the House is unlikely to gain the votes needed to pass the bill.

The package was only brought for a vote after Senate President Ty Masterson, a Republican, refused to hold a vote on the bill legalizing sports betting until the House acted on masks.

Several House Republicans expressed major concerns about the policy’s effect on public health in future emergencies and non-COVID-19 outbreaks, such as a Tuberculosis outbreak in a prison. The law would also undercut existing protocol for state employees dealing with foreign disease investigations in agriculture and working in state-run biohazard labs.