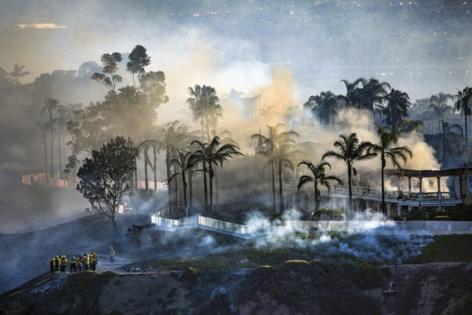 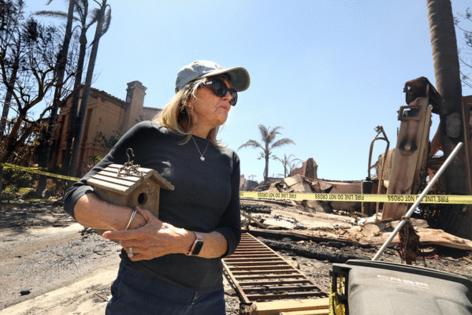 LOS ANGELES — The Coastal fire in Laguna Niguel sent hundreds fleeing their homes, but the toll was most devastating on one block.

At the crest of a canyon overlooking the Pacific Ocean, fire raced up and burned big home after big home in the upscale Coronado Pointe subdivision. Wind-blown embers lodged into attic spaces and roofing material and set the homes on fire from within.

Here is what we know:

The fire destroyed 20 homes and damaged 11, said Shane Sherwood, incident commander with the Orange County Fire Authority. An assessment team is still combing through the burn area to ascertain the full extent of the damage.

On Friday morning, crews continued to mop up hot spots and clear debris around some of the damaged homes. Several had been red tagged and roped off. Fire officials are concerned the facades still standing may collapse.

Most of the homes lost were on Coronado Pointe, a street facing the canyon where the fire burned. The street has ocean views, and many of the homes are worth millions of dollars. A few other houses were lost on streets farther into the subdivision.

The scene on the street was grim. Families walked through the neighborhood in horror to see if their homes were still standing.

The fire was so intense that it blackened the palm tree leaves that hung above several of the destroyed houses. Many of the facades were still intact — an indication that they had burned from the inside out. Shutters that once framed windows overlooking the wide street were charred.