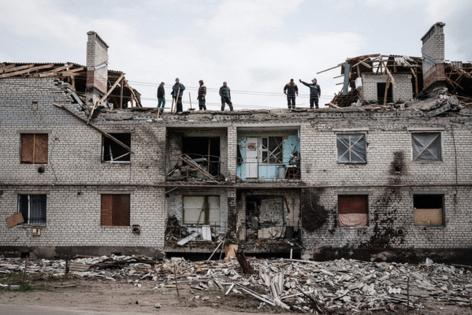 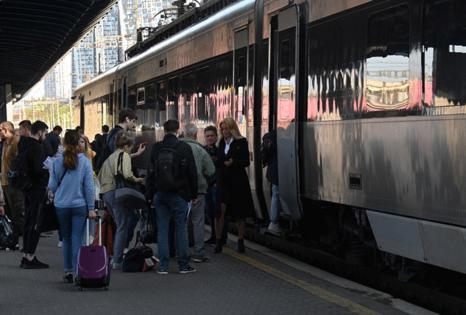 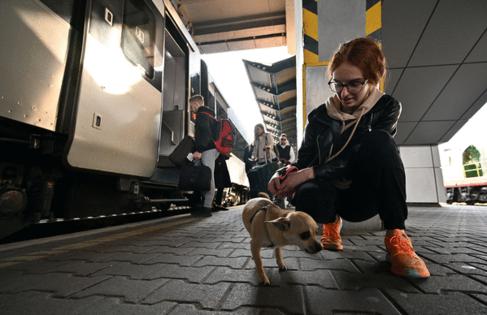 LVIV, Ukraine — As Finland’s leaders dealt him a blow by announcing their support for joining NATO, Russian President Vladimir Putin reaffirmed his determination to maintain Moscow’s sway over eastern Ukraine as Russian missiles pounded the area.

Putin, in a message released by the Kremlin on Thursday, offered his support to Leonid Pasechnik, the head of pro-Russia separatists in the self-proclaimed Luhansk People’s Republic, part of Ukraine’s eastern Donbas region.

“I am sure that through our joint efforts we will defend the independence, sovereignty and territorial integrity” of the Luhansk republic, Putin said, as his war on Ukraine began its 12th week.

The Russian leader’s message was backed by a torrent of Russian airstrikes and artillery barrages along the 300-mile-long eastern battlefront, including on a steel mill where the last pocket of Ukrainian military resistance remains in the strategic southeastern port city of Mariupol.

The fighting came amid the dramatic announcement by Finland’s president and prime minister of their support for joining NATO, paving the way for an expansion of the U.S.-led military alliance that Putin partially blamed for his decision to invade Ukraine.

Finland, a historically neutral country that shares an 830-mile land border with Russia, is expected to be joined soon by Sweden in seeking membership in the 30-member security pact.

Kremlin officials warned that they saw Finland’s move to join NATO as a threat. “Another expansion of NATO does not make our continent more stable and secure,” Kremlin spokesman Dmitry Peskov told reporters, according to the Interfax news agency.

The addition of the two Nordic states to NATO would underscore how badly Putin has miscalculated the world’s response to his invasion of Ukraine, which has failed to achieve its initial military objectives, prompted Europe to begin weaning itself off Russia’s most valuable export — fossil fuels — and compelled nonaligned states to pick sides.

“This is monumental,” said Aglaya Snetkov, a Russia expert and lecturer in international politics at University College London. “This reverses decades of foreign policy.