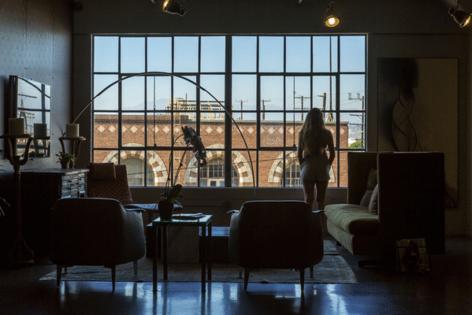 LOS ANGELES — Gov. Gavin Newsom wants to shift home construction in California away from rural, wildfire-prone areas and toward urban cores as part of his $286.4-billion budget plan that aims to align the state's housing strategy with its climate goals.

The budget blueprint Newsom detailed this week includes $2 billion over two years in grants and tax credits to incentivize housing development closer to city centers in an effort to cut long car commutes and keep people near their "daily destinations."

"This is a focus on moving away from the wildland-urban interface," Newsom said Monday, referring to moving development away from rural areas outside the periphery of most California cities and where fires routinely burn. "Moving away from investments in housing that don't focus on climate, health, integrating downtown, schools, jobs, parks and restaurants."

The proposal would build on the $10.3 billion state officials allotted last year to bolster mixed- and low-income housing in California, but marks an evolution in the governor's approach to solving the state's multimillion-unit shortage. Although previous budgets have allocated significant money to affordable development, Newsom's new plan would specifically steer funding toward housing projects in urban areas with existing resources, loosely defined as "downtowns" and "main streets."

The administration's goal is to push local governments to plan for and permit millions of new units in areas already ripe for development and use to their advantage current laws that speed up the process. That way, state officials believe, cities can meet regional housing goals and avoid so-called urban sprawl, which could push people into areas at high risk for fire and put more polluting cars on the road during rush hour.

The $2 billion includes $500 million in grants for nonprofit and for-profit developers or local governments to construct more units on existing, but underused, urban land close to city amenities and transportation, and $300 million for sustainable projects in areas friendly to walking, biking and near public transit. Newsom also wants to direct hundreds of millions of dollars toward using excess state-owned land for affordable development and easing the cost burden of converting existing structures into residential spaces in downtown areas.