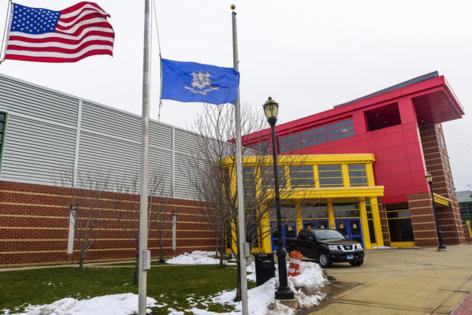 HARTFORD, Conn. — Police found nearly 40 bags of fentanyl stashed in multiple locations within a Hartford school in a search prompted after a student overdosed Thursday morning.

The student, a seventh-grader at the Sport and Medical Sciences Academy school, remains unresponsive and in “grave condition” after ingesting the drug, which subsequent tests confirmed to be fentanyl, police spokesperson Lt. Aaron Boisvert said Friday.

Two other seventh-graders were believed to be exposed to the drug and were also transported to the hospital, officials said. Both were released to their parents Thursday night, Boisvert said.

The bags of the drug were collected by the federal Drug Enforcement Agency and tested at their lab, Boisvert said. The drug was found to be fentanyl, which confirmed earlier on-scene tests.

According to Boisvert, bags only contained fentanyl in powder form, and not other drugs. Drugs such as cocaine and heroin are sometimes cut with fentanyl because it is extremely potent, and cheaper to manufacture and purchase.

The fentanyl was “packaged in what you would see in street-level sales,” Boisvert said. The bags were also stamped with several identifying logos, he said.

Police believe the bags of fentanyl were brought into the school by the student who overdosed, Boisvert said.

Boisvert said police searched the home of the boy who overdosed, but did not comment further on the investigation.

The academy is a college preparatory magnet school for students in grades six through 12 who are interested in sports and medical sciences.

The school contains students from several towns in and around the Hartford area. The student who overdosed is from Hartford, Boisvert said.