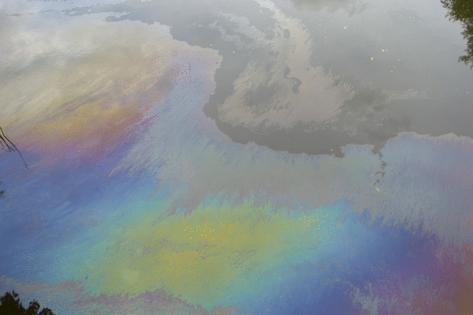 The incident occurred about 4:20 a.m. on the 2500 block of Bridge Street. The fire department responded, but did not call for an evacuation. No one was injured.

Phenol can be toxic to humans. The company’s Frankford plant is one of the largest producers of the phenol in North America. The chemical is used in the manufacturing of nylon polymer for carpet fibers, plastics and films, according to the company’s website.

Debi Lewis, a spokeswoman for AdvanSix, said the incident occurred as workers were loading a railcar. The plant is located just off I-95 and a channel that leads to the Delaware River; however, authorities said none of the chemical found its way to the river.

“The team acted to minimize the release and promptly began its clean up, while at the same time notifying the proper authorities, including the local fire and police departments who responded to the site,” Lewis said, adding, “at this time we believe there is no risk to the community.”

She said an investigation is ongoing and plant operations are continuing as normal.

“As always, AdvanSix is committed to the safety and health of our neighbors,” Lewis said.

She said there are crews still on site for secondary containment at the Frankford railcar loading location. She said the phenol “was contained, and the sewers have been protected.”

Lewis expects clean-up will be completed by the weekend. However, the company did not have final figures as to how much phenol actually escaped but does not believe that initial reports of the amount were accurate.

Kathy Matheson, a spokeswoman for the Philadelphia Fire Department, said emergency crews are only monitoring the cleanup. AdvanSix, she said, was already addressing the spill by the time responders arrived Thursday.

It was not clear how much of the chemical, if any, ended up in the sewer, which runs to a treatment plant and, ultimately, the Delaware River.

Phenol is highly irritating to the skin, eyes, and mucous membranes in humans after short-term inhalation or dermal exposures, according to the U.S. Environmental Protection Agency. It is highly toxic if ingested, but that does not appear to have been a danger at the scene.

Virginia Nurk, a spokeswoman for the Pennsylvania Department of Environmental Protection said the agency was alerted to the release, some of which she confirmed entered into the city’s combined sewer system.

The Philadelphia Water Department also responded to the scene.

Brian Rademaekers, a spokesman for the department said “preventative measures were put into place at the nearby inlets” and that there “was no indication that this situation impacted the Delaware River.”

The U.S. is reporting the most COVID-19 deaths in about 11 months, but cases and hospitalizations indicate that the nation may be turning a corner.

SACRAMENTO, Calif. — A California lawmaker has a novel way to address the state's housing crisis: Give cities money to turn their publicly owned golf courses into affordable housing developments.

NEW YORK — The 47-year-old ex-con who ambushed two NYPD cops in his mother’s Harlem apartment, killing one and gravely wounding the other before a third cop shot him, died Monday afternoon, a police official confirmed....Read More

Following recent threats of a potential military deployment to Cuba earlier this month, Russia’s President Vladimir Putin discussed the “strategic partnership” and further coordination of “actions in the ...Read More

SAN JOSE, Calif. — San Jose is on the verge of becoming the first city in the nation to require gun owners to carry liability insurance and pay a fee aimed at reducing gun violence.