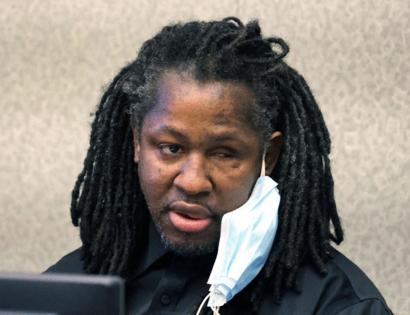 ORLANDO, Fla. — Before jurors unanimously recommended the death penalty for convicted cop killer Markeith Loyd last month, prosecutors told them in closing arguments that a life sentence for the 2017 killing of Orlando police Lt. Debra Clayton would be “no punishment at all.”

Loyd had already been sentenced to life in prison without the possibility of parole for killing his pregnant ex-girlfriend Sade Dixon, Assistant State Attorney Ryan Williams said.

“The reality is it would be another piece of paper in Mr. Loyd’s file,” Williams told jurors over the objection of defense attorneys.

Those statements were “improper” and likely influenced the 12-person jury’s verdict, undermining the ability of a juror to vote for a life sentence, a defense expert told a judge during a Friday sentencing hearing at the Orange County Courthouse.

Circuit Judge Leticia Marques heard additional evidence from defense attorneys at the hearing before she decides whether to follow the jury’s recommendation or sentence Loyd to life in prison.

Scott Sundby, a University of Miami law professor who researches capital juries, said a juror might think voting for a life sentence is equivalent to believing Clayton’s life is “not worth anything” and a “slap on the wrist for Loyd.”

“The effect would be, ‘How can I vote for no punishment at all?’” Sundby said.

But prosecutors argued jurors already knew Loyd would not face additional punishment if sentenced to life for Clayton’s killing because defense attorneys told them during jury selection.

“So when Mr. Williams said in closing argument that another life sentence would result in no additional punishment, that’s a factually accurate statement, correct?” Assistant State Attorney Rich Buxman asked Sundby in cross-examination.

“That’s not what he said, though,” Sundby responded. “He said it would be no punishment at all. That is very different than he’s not going to serve additional time in prison. If he said that, to be honest, I wouldn’t be testifying.”

Loyd, 46, was found guilty of first-degree murder for fatally shooting Clayton when she tried to arrest him for killing his pregnant ex-girlfriend.

This is the second time Loyd faces a possible death sentence.

He was convicted of first-degree murder in 2019 for killing Dixon but avoided the death penalty after jurors recommended he be sentenced to life in prison without parole.