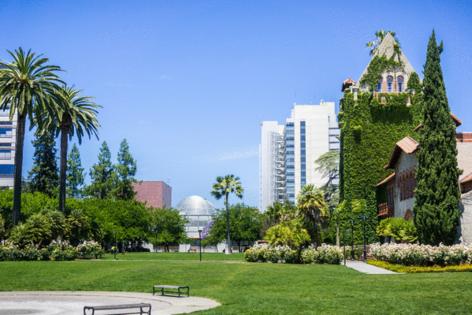 California could send $500 a month with no strings attached to college students from low-income families as part of the Legislature's latest approach to a guaranteed basic income plan.

State Sen. Dave Cortese (D-San Jose) is considering legislation that would create a pilot program at select California State University campuses, issuing monthly stipends for one year to students whose family income is in the bottom 20% of earners in the state. Up to 14,000 students could be eligible.

Nearly 11% of the CSU system's 480,000-plus students said they experienced homelessness in 2018, according to a report from the Office of the Chancellor. More than 40% of CSU students reported food insecurity. For Black, first-generation college students, it was worse, with nearly 70% reporting food insecurity and 18% experiencing homelessness.

"College students are couch surfing and sleeping in their cars. This could be enough money to rent a room, and if you don't need a room, by all means, use it for what you do need it for," Cortese said in an interview. "It's like a booster shot. It could help get them off of this treadmill and stop them from dropping out, being on the streets and becoming homeless long term."

Cortese said he will only move forward with the proposal if protections are in place so that students who receive the funding do not receive less from other financial aid programs because of an increase in income from the stipends.

The idea, he said, is to make guaranteed income stipends permanent for college students experiencing the most poverty, banking on positive results from the pilot programs.

Other universal basic income programs in the state have shown promise.

A Stockton program created in 2019 by former Mayor Michael Tubbs, now an advisor to Gov. Gavin Newsom, gave an unconditional $500 a month to income-eligible residents for two years. Preliminary findings showed the program reduced "income volatility," enabled recipients to find full-time employment and bettered their health, according to a bill analysis by Cortese.