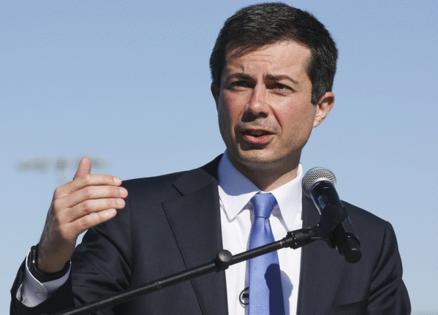 WASHINGTON — Transportation Secretary Pete Buttigieg announced the release Friday of the first chunk of a more than $27 billion investment in bridges during a visit to Philadelphia.

The bridge program, announced on the 60-day anniversary of the passage of the bipartisan infrastructure law, has become a frequently touted talking point since the law’s passage. Money for the formula program will go to all 50 states, the District of Columbia, Puerto Rico and tribal governments over the next five years.

In all, the formula program is expected to help repair some 15,000 highway bridges. It includes $26.5 million for states and $825 million for tribal bridges and includes incentives to spend money on “off-system” bridges, which are typically not on the federal highway system. Generally, states are required to match federal funding with up to 20 percent state or local funding, but the bipartisan bill allows 100 percent of federal funds to pay for the repair or rehabilitation of locally owned off-system bridges.

A second $12.5 billion bridge program, aimed at “bridges of national and regional significance,” will be announced after the Department of Transportation establishes eligibility and application criteria, the official said.

The first year of funding for the larger, $27 billion program will be about $5.3 billion, according to a DOT website. States will pick the bridges to be rehabilitated.

While the formula for federal highway dollars, which was announced in December, was essentially prorated because the federal government is operating under a continuing resolution, the $5.3 billion tranche of bridge funding will be available immediately, a senior administration official said.

In the lead-up to the bill’s passage, bridges became a poster child for the ills of the nation’s outdated infrastructure, with the 2007 collapse of the Interstate 35W bridge near downtown Minneapolis cited as an extreme example of what could go wrong. Thirteen people died in that collapse.

In more mild but more frequent instances, emergency vehicles have been forced to drive miles out of their way because bridges were no longer able to accommodate their weight.

The American Society of Civil Engineers, which issues a report card on the state of the nation’s infrastructure, gave the bridges a “C” grade in 2021, finding 42 percent of all bridges are at least 50 years old and 7.5 percent are considered structurally deficient. They estimated that in order to meet the $125 billion price tag to bring the nation’s bridges into good repair, the federal government would have to increase spending on bridge rehabilitation from $14.4 billion annually to $22.7 billion annually.

In an interview Thursday, Maria Lehman, president-elect of the American Society of Civil Engineers and director of U.S. infrastructure at GHD, an engineering, construction and architectural company, said six of the eight recommendations about bridges in their last report were incorporated into the bill. The accepted recommendations included increased funding at all levels, with a special set aside specifically for bridges and prioritizing rehab and preserving bridges in fair condition. Most of the bridges in poor condition, she said, were not part of the national highway system.

She said during the group’s most recent report that the grade for bridges went down because “for the first time in any of the data we could find, there were more bridges in poor and fair condition than there were in good condition.”

“They’re old,” she said, saying many bridges built for a 30-year lifespan have now been in service for 100. “It’s not a midlife crisis, it’s an old age crisis.”