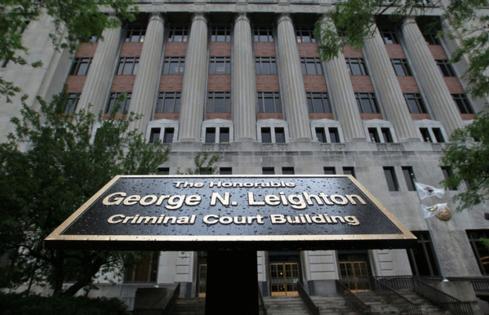 CHICAGO — A Cook County judge this week was caught on a YouTube livestream mocking an attorney who had appeared before him for arguments earlier in the day.

“Can you imagine waking up next to her every day? Oh, my God,” Judge William Raines said of attorney Jennifer Bonjean. “... I couldn’t have a visual on that if you paid me.”

A link to the video of Tuesday’s livestreamed court call was available for viewing as recently as Thursday morning. After Raines had finished hearing cases, he began to chat with two Cook County prosecutors and a Cook County assistant public defender about the legal argument Bonjean had participated in earlier that day. He apparently did not realize the conversation was still being broadcast live on YouTube.

“I’m reliving (Assistant State’s Attorney) Todd Dombrowski’s conversation with Miss Bonjean,” he said, apparently unprompted. “... Did you see her going nuts? Glasses off, fingers through her hair, the phone’s going all over the place, it’s insane.”

In court before Criminal Division acting Presiding Judge Erica Reddick on Thursday, Bonjean asked that the video be officially preserved, in part so she could use it in a complaint to the Judicial Inquiry Board.

“To the extent that there is a forum here to lodge a complaint, we obviously do that as well,” Bonjean told Reddick. “It’s our position that Judge Raines did not conduct himself in a manner that promoted public confidence ... there was an incredible casual nature of these conversations that certainly suggests this is not the first time this kind of banter went on.”

Reddick granted Bonjean’s request to preserve the video, and said she would “reserve comment” on the matter of Bonjean’s complaint.

“Clearly all judges who serve are under our ethical rules ... (and should) conduct themselves in a matter that promotes confidence in the judiciary,” she said. “I did receive the initial complaint. Please know it will be addressed as well.”

A spokeswoman for Chief Judge Timothy Evans’ office said Raines could not comment on the matter, since it involves a pending case. She directed questions to the state Judicial Inquiry Board, which handles allegations of wrongdoing by Illinois judges.

Many Cook County criminal court proceedings have been held on videoconference since the early months of the COVID-19 pandemic. While the majority have gone smoothly, the format has led to some unusual hiccups. Last year, a couple was caught apparently having sex on camera during a Zoom court hearing. In 2020, a defendant on a bond court livestream blurted out that he was a federal informant — and illegally recorded video of the incident spread online like wildfire.