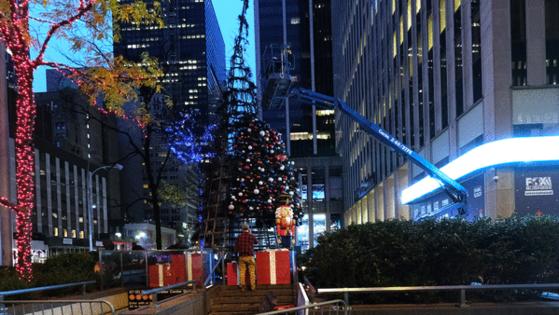 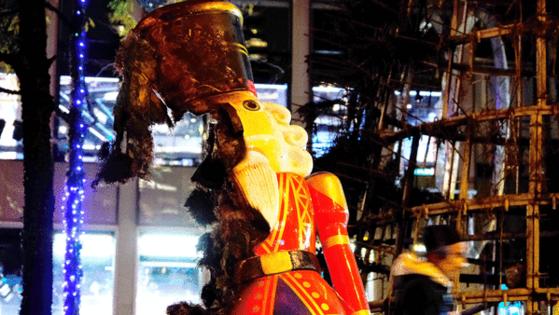 A 49-year-old homeless man was arrested early Wednesday for setting fire to a 50-foot Christmas tree in front of Fox News Headquarters in Midtown, police said.

When officers arrived, half of the tree was engulfed in flames. Video posted on Citizen shows the tree on fire, with some Christmas lights still illuminated.

The FDNY put the fire out within minutes. Fire marshals were investigating how the blaze was set.

Witnesses at the scene pointed police to Tamanaha, who is homeless, authorities said. Tamanaha was taken into custody without incident and charged with criminal mischief, arson, reckless endangerment, disorderly conduct and other charges.

Much of the Christmas tree was burned away. Two other trees nearby were also scorched. Half of a plastic nutcracker was also destroyed.

The News Corp. building is home to The Wall Street Journal, Dow Jones and The New York Post. Fox News, which has run often-mocked segments on a “War on Christmas” for years, is also in the building.

During an appearance on WPIX 11 News Wednesday, Police Commissioner Dermot Shea said it wasn’t clear why Tamanaha set the tree on fire.

Tamanaha had been arrested before, but for “low-level arrests, some drug arrests,” Shea said. He was also arrested a few times for minor crimes out of state.

“He was issued earlier this year some appearance tickets and didn’t come back to court, which is unfortunately something we see all too often,” Shea said.