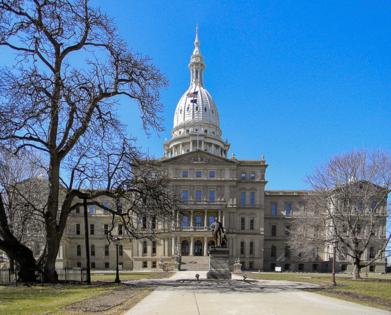 The emergency complaint from the The Detroit News, Bridge Magazine and Detroit Free Press seeks recordings from an Oct. 27 closed-door session and several confidential memos submitted to the commission on the basis that the state constitution requires the commission to conduct all business in public and to publish "all data and supporting materials" used while preparing the redistricting plans.

The suit comes three weeks ahead of the commission's planned vote on final drafts of Michigan's voting district maps for the state House, state Senate and Congress.

The filing follows the commission's 7-5 vote Thursday against releasing the memos. The 13-member panel was told by its lawyer that publishing the documents would be a "self-inflicted" wound, would hamper attorney-client privilege and would potentially create future legal problems as the commission faces expected litigation over its maps.

The news outlets filing the suit Tuesday said they disagree with the commission's interpretation of the constitution regarding its duties. They noted their court filing was preceded by a series of written and verbal requests for the documents and meeting recordings that the commission ultimately denied.

Since the documents were discussed privately, the suit said, nearly 40 days have lapsed without public access to the information, 24 of which have occurred during the final 45-day public comment period on the proposed maps.

"Michigan voters went to great lengths to ensure transparency and meaningful public participation in the redistricting process," according to the lawsuit. "Accordingly, plaintiffs, as members of the public, have the necessary clear legal right to public disclosure of the redistricting materials."

The redistricting commission on Oct. 27 entered a more than hour-long closed session to discuss memos titled "Voting Rights Act" and "The History of Discrimination in the State of Michigan and Its Influence on Voting." The session came after lawmakers and residents criticized the redistricting commission at prior hearings about the lack of majority minority districts in the proposed maps, which they argued wouldn't ensure the election of enough Black and other minority lawmakers and potentially violated the Voting Rights Act.