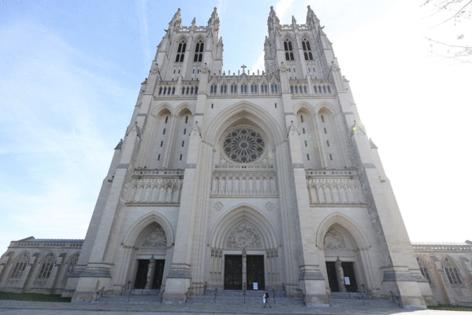 The formal tribute to Dole begins Thursday, when he will lie in state in the Capitol Rotunda. President Joe Biden will participate in a private ceremony alongside members of Congressional leadership, former Sen. Elizabeth Dole and Robin Dole.

The next day, the funeral will take place at 11 a.m. Eastern and will be live streamed via the Washington National Cathedral’s YouTube page. Biden will attend and offer a tribute alongside other former U.S. presidents, congressional leaders and Dole’s family and friends.

After the service, Dole’s casket will go by the World War II memorial, which Dole helped bring into fruition by raising money for its construction. Tom Hanks, Savannah Guthrie and Gen. Mark Milley, the chairman of the joint chiefs of staff, will speak at the ceremony at the memorial.

Dole’s body will then go back to Kansas one more time.

From 9 to 10:30 a.m. Saturday, a public viewing will be held at St. Mary Queen of Angels Catholic Church in Russell, Kansas. Senators Pat Roberts, Jerry Moran and Roger Marshall will speak at a service beginning at 11 a.m. The public will be allowed to pass by the casket afterward to pay their respects.

At 1 p.m., the casket will leave the church and pause at the Russell City Veterans Memorial before being taken to Hays Regional Airport, where it will be flown to Topeka Regional Airport.

At 4 p.m. in Topeka, Gov. Laura Kelly and Lt. Gov. David Toland will join a delegation of federal and state officials in receiving Dole’s casket at the Kansas Capitol. Kansas ROTC cadets will provide an honor cordon and Kansas National Guard members will carry the casket to a position of repose on the second floor.

There will be a private ceremony with remarks by Kelly, Roberts, Moran, Marshall, Nancy Kassebaum Baker and former Rep. James Slattery.

A period of lying in repose will begin at 5 p.m.

There has been an outpouring of homages to Dole in Washington, D.C., since he died Sunday at the age of 98. On Monday, U.S. Senate Majority Leader Chuck Schumer, U.S. Senate Minority Leader Mitch McConnell and Moran honored Dole on the floor of the U.S. Senate.

Biden on Tuesday included a sunflower in honor of Dole in a wreath he laid at the World War II Memorial on the National Mall to commemorate the anniversary of Pearl Harbor.

Marshall and a group of members of the Kansas delegation will lay a wreath in Dole’s honor at the memorial on Wednesday morning.