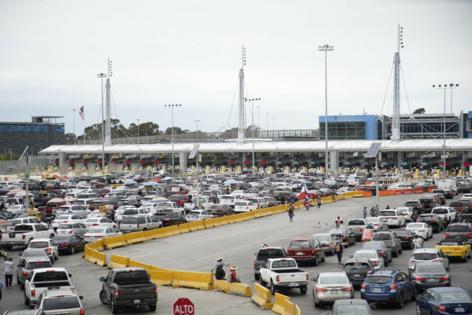 LOS ANGELES — Members of a violent kidnap-for-ransom ring based in Tijuana were indicted Tuesday by a federal grand jury after they were accused of abducting nine people and killing six of them, including three U.S. citizens.

All six are Mexican citizens, prosecutors said. They were arrested in Mexico and also face charges filed by local authorities.

According to the indictment, the ring was active last year from January to April.

Ballardo, Valencia and other members of the ring would arrange to meet the victims under false pretenses so that they could be taken hostage, according to the indictment. The defendants held the victims at gunpoint, tied them up and often brutally beat them, prosecutors said.

After each abduction, members of the ring would contact the victim's family and demand ransom payments, according to the indictment. Once payment was set up, prosecutors said, Yera would instruct an unnamed co-conspirator to go to one of several set locations in the U.S. to collect the money. A second unnamed co-conspirator would help with processing the ransom payments.

Three of the victims did not have family members who could pay ransom, and they were killed, prosecutors said.

In other cases, ransom payments were made. Three of the remaining six kidnapping victims, including one from San Diego, were killed despite relatives sending money, according to the indictment.