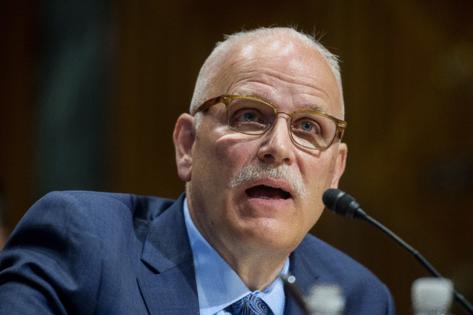 The 50-47 vote for the Tucson, Ariz., police chief makes him the first Senate-confirmed commissioner of CBP since 2019.

Magnus was nominated for the role by President Joe Biden in April. However, his nomination was held up for months by Finance Chair Ron Wyden, D-Ore., over concerns about the force CBP agents used to quell civil rights demonstrations in Portland last year. The committee advanced Magnus’ nomination last month.

At his confirmation hearing in October, Magnus promised to balance humane treatment of asylum seekers and border security, an effort that has proved difficult for the Biden administration. Fiscal 2021 was the busiest year at the border since the U.S. began recording crossings, with border agents logging more than 1.73 million encounters with migrants at the southwest border.

“There is no question that we have to meet the challenge of asylum obligations as a nation, and also the security of our borders,” Magnus said, replying to a question at the hearing from Sen. Benjamin L. Cardin, D-Md., on how to balance the agency’s mission to enforce U.S. immigration laws “with the enforcement of our values.”

“I don’t believe that we have to sacrifice efficiency for humanity,” the police chief continued.

Magnus, who will be the first openly gay CBP commissioner, also promised to enforce immigration laws as written when Republicans grilled him over the Biden administration’s policies.

When pressed by Sen. John Cornyn, R-Texas, Magnus conceded that looser immigration enforcement policies were “certainly one part” of the factors driving migrants to journey to the U.S. He also signaled support for continuing construction of a border wall and other physical border infrastructure.

“I think there is a place for infrastructure, and I think that includes in certain sections, completion of barriers, walls, other things. So this is an area that I want to learn more about,” Magnus said.

But his answers weren’t enough for most Republicans. Sen. Rob Portman, R-Ohio, ranking member of the Homeland Security and Governmental Affairs Committee, said Tuesday he was willing to work with Magnus — but ultimately voted no.

“I asked him a series of questions both privately and publicly and he wasn’t able to give me the answers that were appropriate, particularly as it relates to his view on enforcement,” he said ahead of the vote.

At his confirmation hearing, Magnus said it “seems reasonable” to require asylum-seekers released into the country to get vaccinated against COVID-19 and that he would support CBP testing migrants for the disease.

Asked about the Biden administration’s use of Title 42, a pandemic-era order allowing border agents to “expel” asylum-seekers without considering their claims for protection, Magnus replied the order “helps with” curbing the spread of COVID-19. But he also declined to vocally endorse or condemn the policy, which has been challenged in court.

“Here’s the bottom line: I will always comply with the law, even as it changes, perhaps regarding Title 42, no matter what it is the courts decide,” he said.