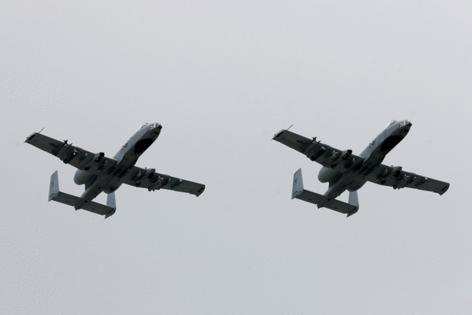 After the Senate was unable to pass its own version of the fiscal 2022 National Defense Authorization Act last week, lawmakers scrambled to forge a version that could pass both chambers without going through the normal conference committee process.

The compromise bill incorporates elements of the version that passed the House in September and the legislation approved by the Senate Armed Services Committee in July.

And as happens every year when the bill’s managers release the version that is likely to become law, the question is: What made it into the bill, and what didn’t?

For starters, a $25 billion increase to the Defense Department’s budget request is included in the compromise bill, which comes as no surprise, as both chambers wanted to boost the Pentagon’s budget by roughly the same amount. The bill would authorize a $740 billion base budget for the Defense Department, $27.8 billion for nuclear weapons programs under the Department of Energy and $368 million for defense-related activities in other departments. Appropriators will need to decide whether to provide the budget authority to pay for it all.

The bill also would prod the Pentagon to bulk up its posture toward both China and Russia.

The bill would authorize $7.1 billion for the Pacific Deterrence Initiative, a Pentagon plan created by last year’s NDAA that would bolster the military’s ability to deter Chinese aggression in the Pacific region. The new authorization level would be roughly $2 billion more than what was requested by the Biden administration.